How to Build ArduPy Firmware From Source Code¶

Seeed's ArduPy is a combination of Arduino and MicroPython. MicroPython uses the universal Arduino API to control the hardware so that it can be compatible with new platforms quickly. With the help of the aip package manager we provided, you can transform your favorite Arduino library into a MicroPython library. Through ArduPy, you can use Python to verify your ideas, learn python programming as well as micro-controller programming in a more efficient way.

For now, ArduPy supports Wio Terminal and Seeeduino XIAO, will be able to support more SAMD boards in the future!

ArduPy firmware should be built on UNIX based OS PC so here will use MacOS to demonstrate. If you are a Windows user, you can use Windows Subsystem for Linux (WSL) which allows you to run a Linux distribution with an emulation layer substituting for the Linux kernel.

Run the followings to install the CMake:

Note: This will install Make and CMake into your Linux OS.

Run the following to clone the ArduPy source code and submodules:

There are few sub modules that need to be downloaded and might take a while.

In Terminal, navigate to the ArduPy folder path that you just downloaded:

Make a new folder named build under this location and navigate into it:

Make sure that you have installed Seeed's SAMD board in Arduino first before the following steps.

-DARDUINO_CORE_PATH is the Arduino Core path and -DTOOLCHAIN is the GCC path.

Replace {user-name} with your user name for MacOS. 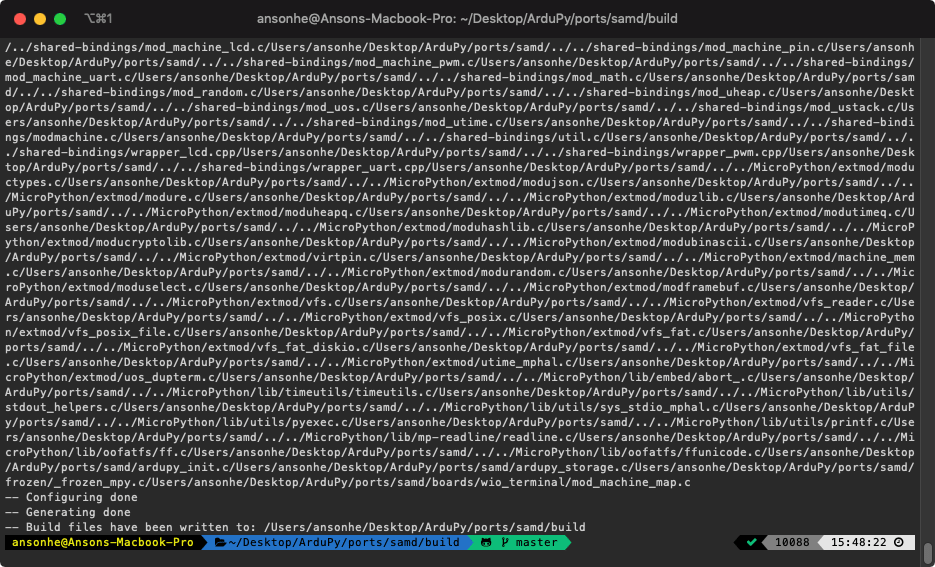 Under the same location (build/) run:

This will take a while to compile and generate the ArduPy firmware. 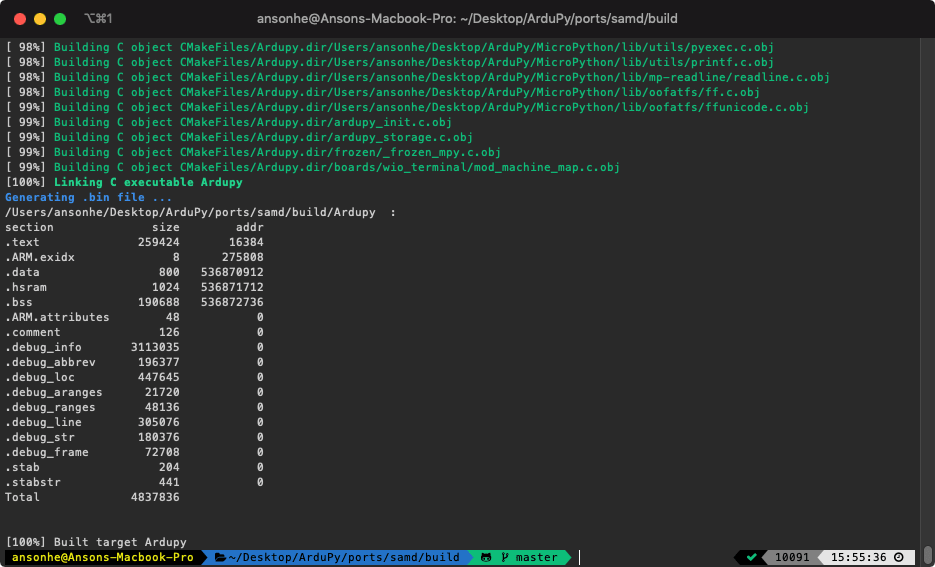 Now you can see that Ardupy.bin is created under the same location!

You can use aip to flash the self-built ArduPy firmware to hardware using the following command: 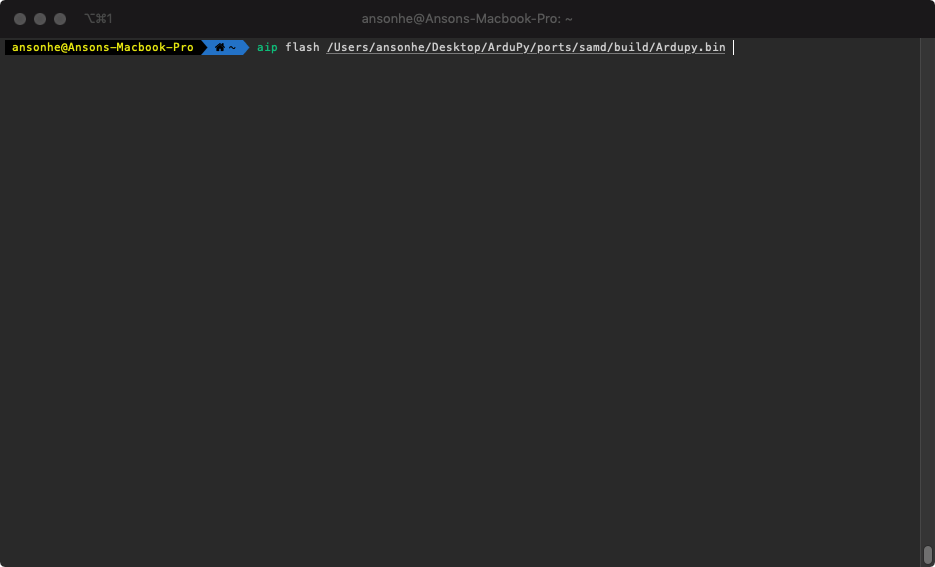 Please submit any technical issue into our forum