Grove - Button is a momentary push button. It contains one independent "momentary on/off" button. “Momentary” means that the button rebounds on its own after it is released. The button outputs a HIGH signal when pressed, and LOW when released. The Sig marked on silk layer stands for signal while NC stands for not used at all. There are two versions of this button available as showed in the pictures. The only difference is the direction of the Grove socket.

If we don't have Grove Base Shield, We also can directly connect Grove-Button to Seeeduino as below.

Step 1. Connect a Grove - Button to port D2 of a Base Shield. 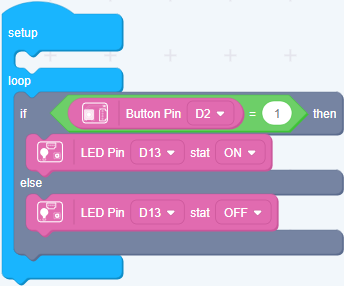 When the code finishes uploaded, the LED on the Arduino/Seeeduino board will goes on when the Button pressed.

If you connect the Red LED to the different port of the Base Hat, instead of excuting python grove_led.py 12, you should run the following command.

Following is the grove_button.py code.

If everything goes well, you will be able to see the following result:

You can press Ctrl+C to quit this program.

Here is the grove_button.py code. 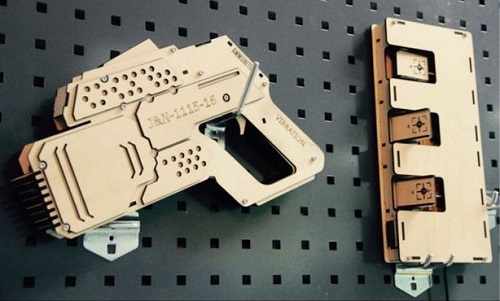 Inspired by OVERWATCH, we have made a very cool Wooden Laser Gun toy for fun these day!

The Wooden Laser Gun and the Gun Target are all based on an Arduino board called Seeeduino Lotus. The laser emitter on the Laser Gun is controlled to fire laser pulse to "activate" the Gun Target. And there are 3 light sensors on the Gun Target to detect the laser pulse. It seems very simple right? If you are interested in our project, please make one for yourself or your child! It's worth to spend one day DIY it as a Xmas present.

Grove - Introduction in a Button & LED String Light: Beginner-Example - I bet Beginners will smile after project - sent me an selfie!