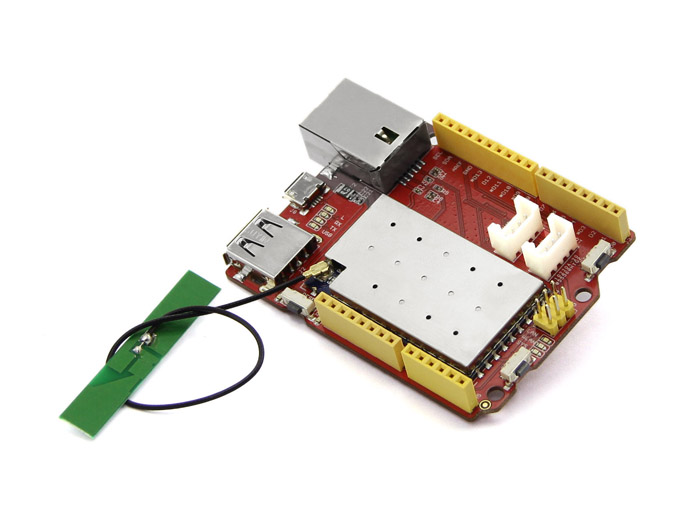 Seeeduino Cloud is a microcontroller board based on Dragino WiFi IoT module HE and ATmega32u4. HE is a high performance, low cost 150M, 2.4G WiFi module which means “core” in Chinese and with an Open Source OpenWrt system inside. Seeeduino Cloud is also an Arduino compatible board, 100% compatible to Grove, shield and IDEs(Arduino IDE 1.5.3 and later). Except for the normal interface of Arduino, Seeeduino Cloud has built-in Ethernet and WiFi support, a USB-A port which makes it very suitable for those prototype design that need network connection and mass storage. It is also a good idea to make Seeeduino Cloud to be an IoT gateway.

Here are some funny projects for your reference.

Because Seeeduino Cloud has two processors, this section shows the characteristics of each one in two separate tables. 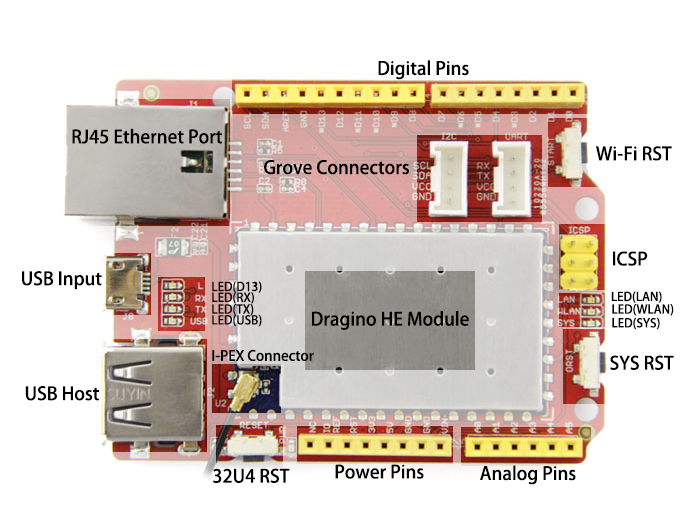 Seeeduino Cloud has two processors on board. One is an ATmega32U4 like on the Leonardo. The other is an Atheros 9331, running Linux and the OpenWRT wireless stack, which enables the board to connect to WiFi and Ethernet networks. With Yun Bridge Library, it is possible to call programs or custom scripts on the Linux system through the Arduino to connect with various internet services.

The ATmega32U4 is programmed using the Arduino Software (IDE), if you haven't install, please click here for installation instructions.

First of all, you need to:

Take gentle care in handling micro USB socket, or you might break the socket off.

Windows version of Arduino Software (IDE) already contains the proper drivers. When you installed it you let the operating system install them. Connect your Seeeduino Cloud and the drivers will be installed automatically.

The first time you plug a Seeeduino Cloud into a Mac, the "Keyboard Setup Assistant" will launch. There's nothing to configure with the Seeeduino Cloud; you can close this dialogue by clicking the red button in the top left of the window.

There is no need to install drivers for Ubuntu 10.0.4 and later, but make sure port 5353 is not being blocked by a firewall. 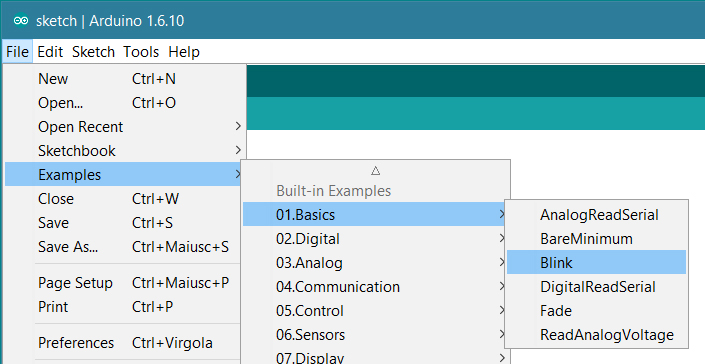 Select your board type and port

You'll need to select the entry in the Tools > Board menu that corresponds to your Arduino or Genuino board.

Select the serial device of the board from the Tools | Serial Port menu. This is likely to be COM3 or higher (COM1 and COM2 are usually reserved for hardware serial ports). To find out, you can disconnect your board and re-open the menu; the entry that disappears should be the Arduino or Genuino board. Reconnect the board and select that serial port. When your board is properly configured on WiFi, you will find it in the Port list, as in our screenshot.

Now, simply click the "Upload" button in the environment. Wait a few seconds - you should see the RX and TX leds on the board flashing. If the upload is successful, the message "Done uploading." will appear in the status bar.

A few seconds after the upload finishes, you should see the LED(D13) on the board start to blink (in green). If it does, congratulations! You’ve gotten Arduino up-and-running. If you have problems, please see the troubleshooting suggestions.

The Seeeduino Cloud has a WiFi interface and a LAN port. Either of them has IP address that can be used for internet connection and device management. 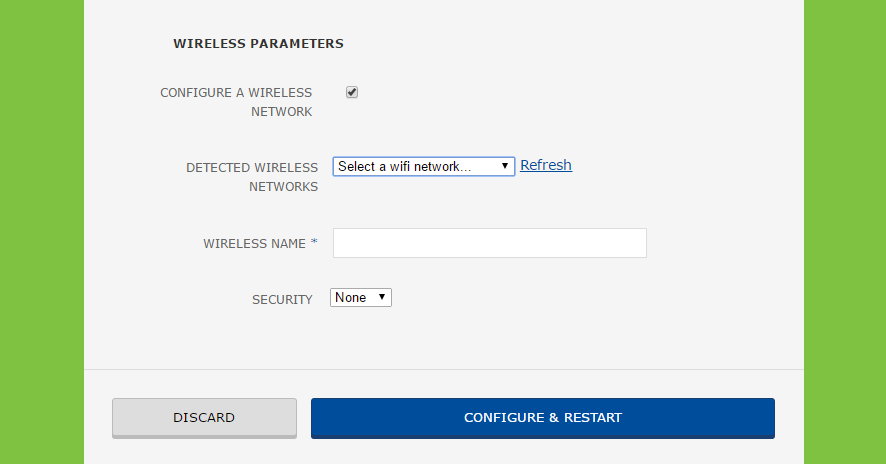 When you connect Seeeduino Cloud to a wired network with an ethernet cable, it will try to connect automatically via DHCP. The board will show up on the ports menu just as it would over WiFi.

Below is detailed by using Browser to upgrade new firmware. 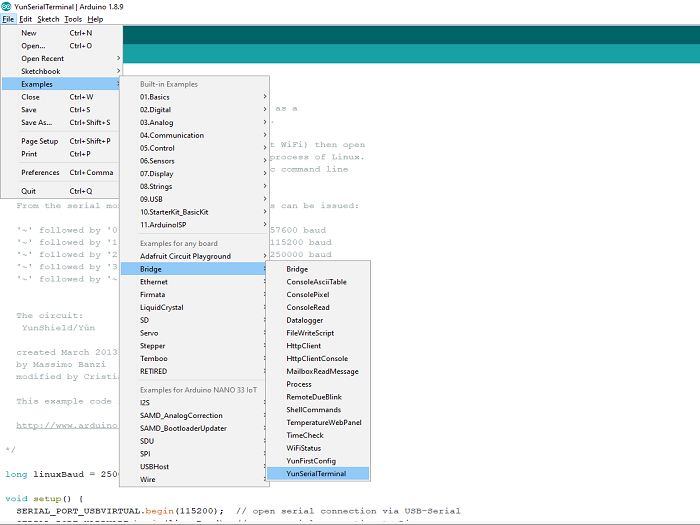 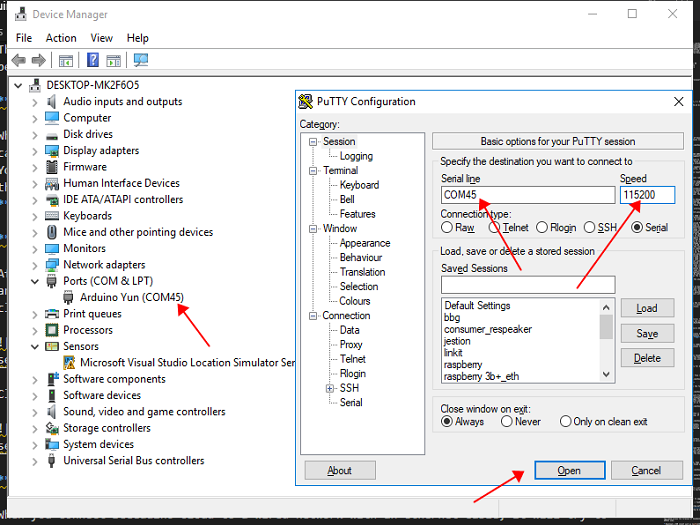 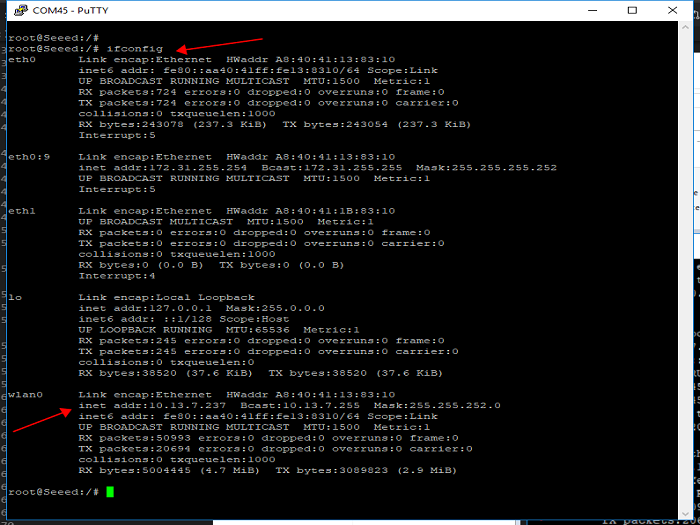 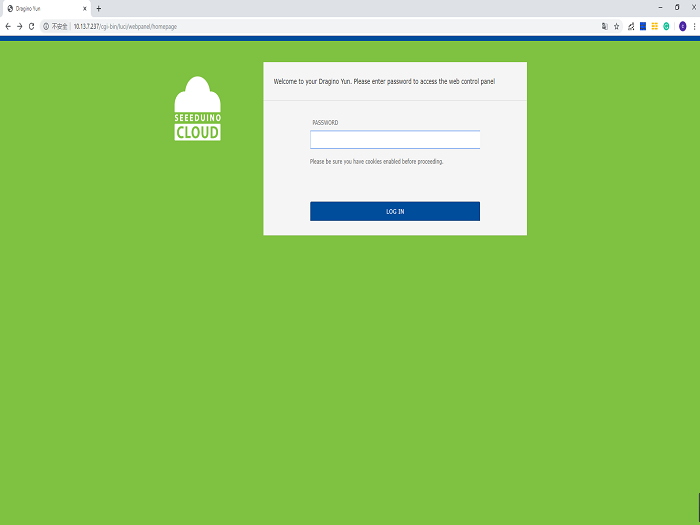 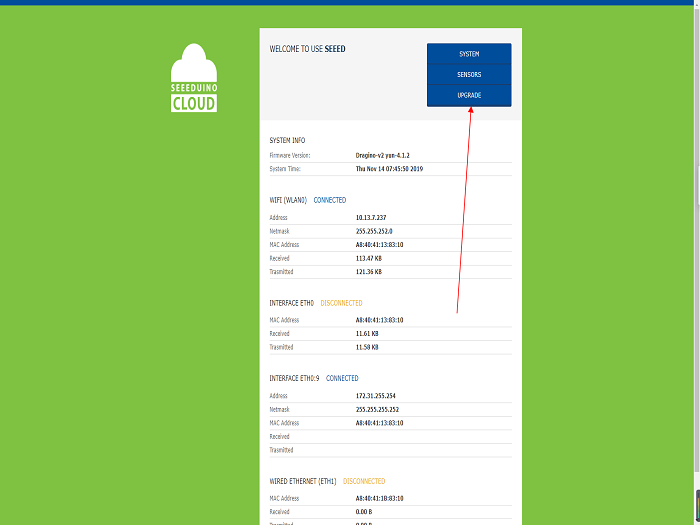 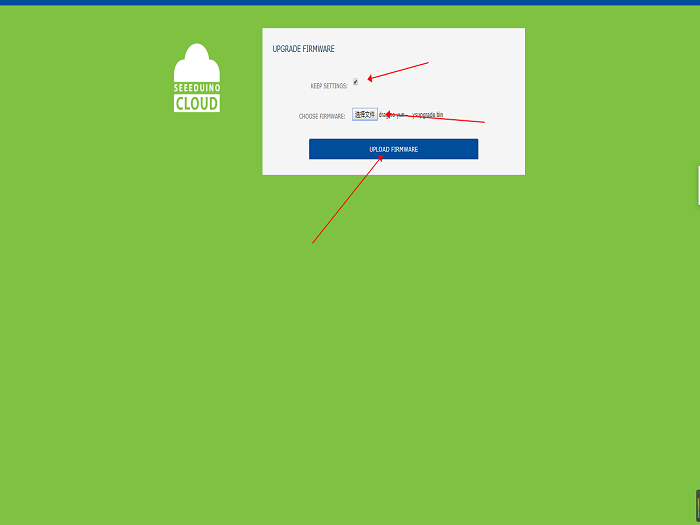 You could access the terminal of Seeeduino Cloud via SSH to Program or configure on ATHEROS AR9331 side. 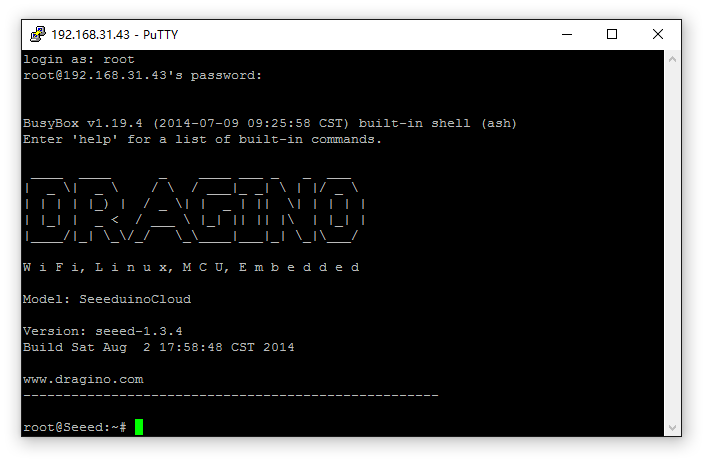 The Bridge Library simplifies the communication between the Arduino Board and Dragino HE. Bridge commands from the AVR (Arduino Board) are interpreted by Python on the HE. Its role is to * execute programs on the GNU/Linux side when asked by Arduino, * provide a shared storage space for sharing data like sensor readings between the Arduino and the Internet * receive commands from the Internet and pass them directly to the Arduino. There are detailed explanations and lots of examples to show how to use Bridge on the Arduino Official Website. Following are some examples that use Bridge Library.

This example shows how to log data to a USB flash. The sketch used in this example is same as here. And the source code can be found there. The Seeeduino Cloud will auto mount the USB flash to directory /mnt/sda1. And the sketch will append the sensor data to the file /mnt/sda1/data/datalog.csv. So make sure there is such a file in the USB flash before running the sketch.