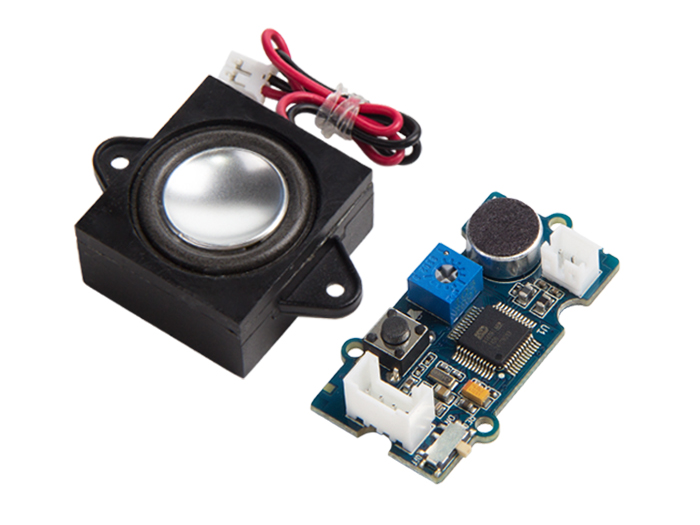 This is the latest version of Grove-recorder, and also the best version. Comparing the previous one, there are some updates that we would like to mention.

First change is MCU. In V3.0, the MCU is upgraded from to be ISD9160FI, which is more powerful than the old one ISD1820PY. How is it more powerful? Together with the newly added 2Mbytes flash, it allows you to record up to 83 seconds, much longer than previous 12 sec record.

Secondly, if you have ever used previous version, you would know that if you want to play back what you have recorded, you need to press another button on the Grove button that connected separately. In V3.0, we integrated the record button and play back button in to one button. By holding the button for 2 sec, it starts recording, by push the button quickly, it plays back what has been recorded. 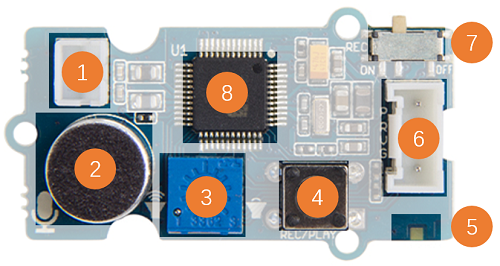 Here we will show you how this Grove - Recorder V3.0 works via a simple demo. First of all, you need to prepare the below stuffs:

Thanks to the benefit of Grove series module, you don't need to make soldering or bread board, what you need to do is connect the modules to the right port of Base Shield. For this demo, we connect Grove - Recorder to D2. 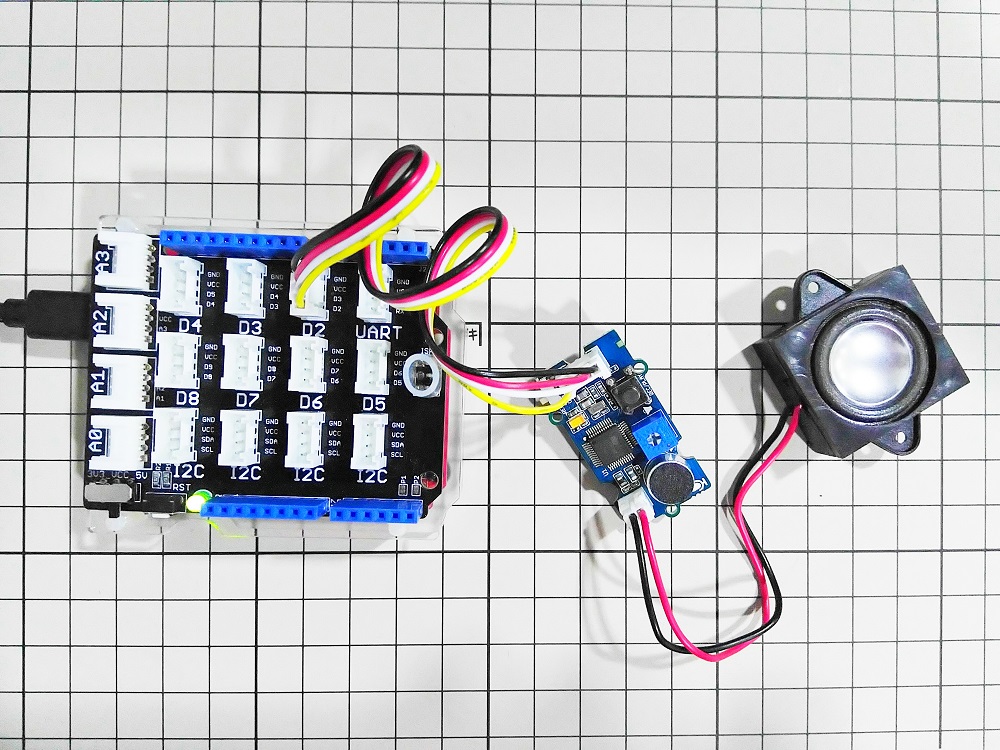 This module can work standalone without coding.

If you want to control the module by code. please go ahead.

Copy the below code and paste to your Arduino IDE, and upload to your Seeeduino V4. After upload the code to an Arduino, then open the Serial monitor.

You can enter some command in Serial monitor:

Step 1. Connect a Grove - Record to port D2 of a Base Shield.

When the code finishes uploaded, you can use Recorder to record and play via Serial Monitor.