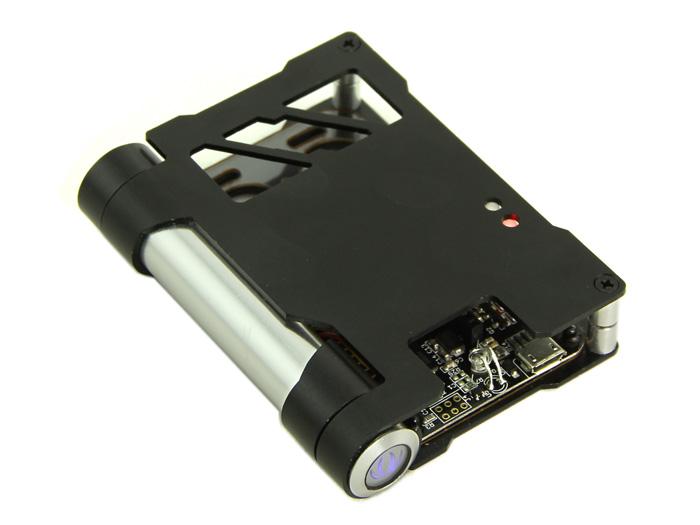 You might want to DIY an alarm system to monitor the soil moisture in your garden. While you are still lying in bed comfortably in the early morning, you might need a device, which automatically opens the doghouse for your doggie to come out and enjoy the warm sunlight. However, the complex software and hardware holds you back. Now, here comes Atom sweeping the road through the thistles and thorns; helping you complete these wonderful homebrew projects.

Atom is a node in internet of things. It can not only work standalone but also coordinate with other devices. Atom is highly expandable and easy to use. Standard Grove interfaces allow connections with different sensors. Atom fulfills tasks intelligently: the abundant data gathered are transmitted to the actuator wirelessly. What’s more fascinating is that you can finish all the tasks by simply setting your Android phone. 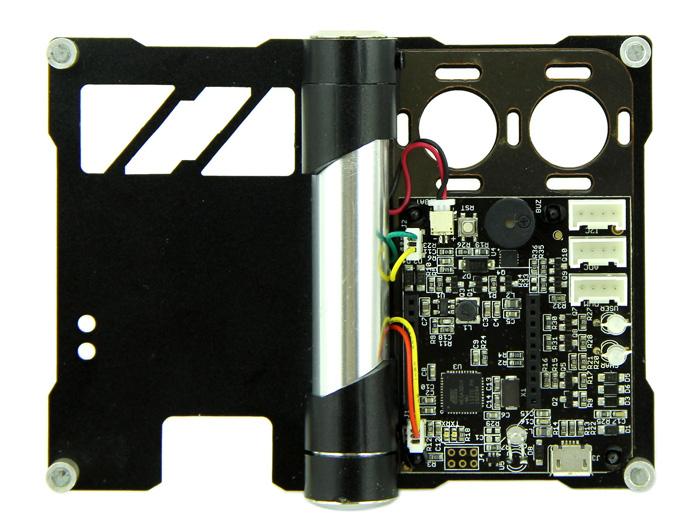 Atom features wireless data transmission and mobile monitoring. Equipped with standard Bee interface, Atoms can be connected to XBee, RFBee and Bluetooth Bee to form wireless communication network, which gathers and manages the data automatically. Atom can also upload the data of different sensors to the Cloud, making it convenient to analyze data at all times and places simply through Web browsers.

Atom Node has sensor/actuator connectors for playing solo. With XBee or other open RF communication modules, It is also ready to talk in versatile networks topology when used in multiple. For example:

In this mode, The sensor and actuator are connected to one Atom Node. Atom Node read the sensor data and determine whether drive the Actuator to execute related actions. Demo 1 in the usage is working in this mode.

In this mode, The sensor and actuator are connected to two Atom Node. Atom Node receive the sensor data which is send by another Atom Node through RFBee and determine whether drive own actuator to execute related actions. Demo 2 in the usage is working in this mode.

In this mode, The sensor is connected to one Atom Node(here we called it as AtomSensor). Other Atom Nodes receive the sensor data which is send by AtomSensor through RFBee and determine whether driver own actuator to execute related actions.

Part Cleanness: Remove all burrs&sharp corners. Clean off all oils,Dirt,or other contaminants 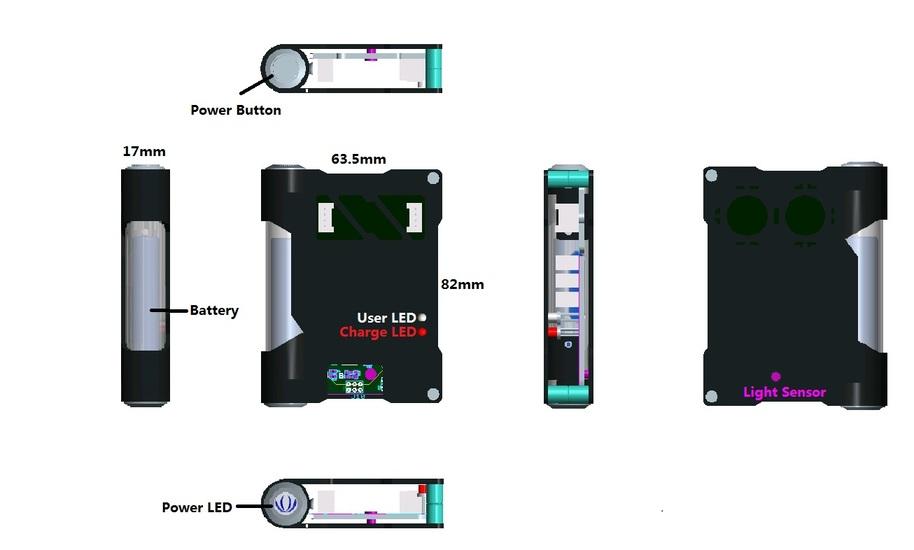 Let's look forward to these prototype... 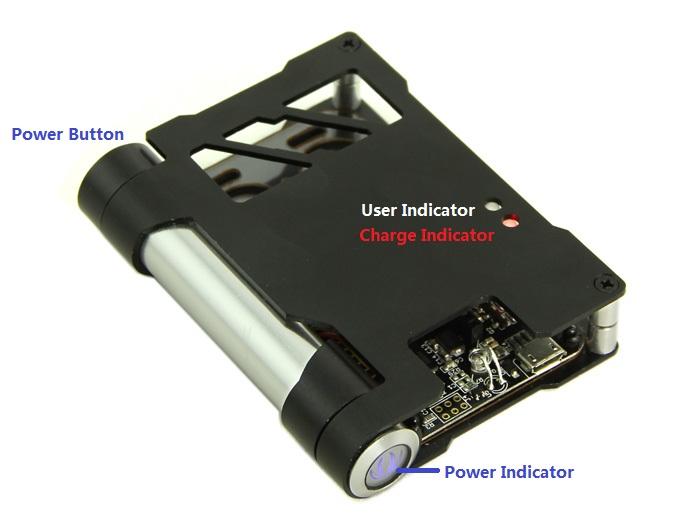 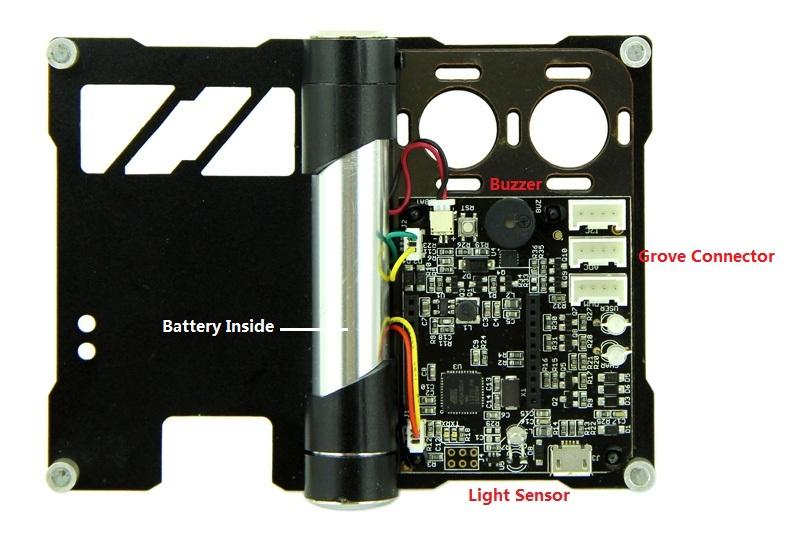 The system adopts Atmel 32U4 as the main chip. And equipped with standard Bee interface socket for wireless communication. It adopts 3.3V power supply, and the external power interface is Micro USB. When connected with external power source, it will convert to 3.3V through DC‐DC voltage‐adjustable‐circuit(based on chip TD6810),and supply power for the whole system. Meanwhile, 5V power source charge Lithium battery through CN3065 charge manager IC. 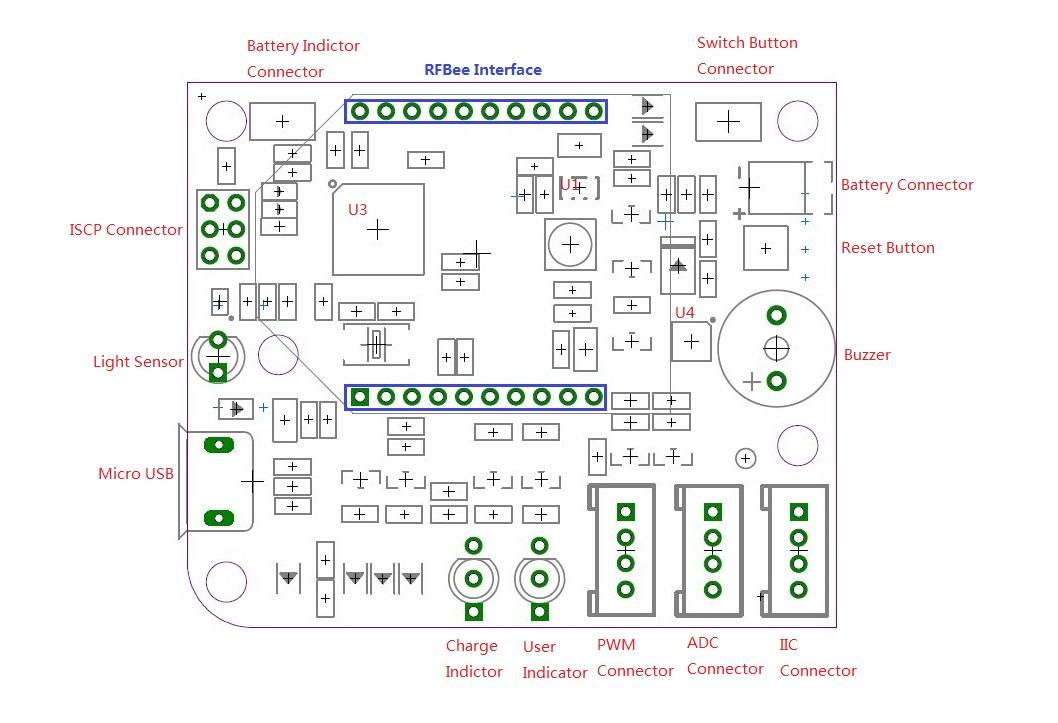 Charge Indicator: During charging process, the indicator is red; when finish charging, it turns to green. When it’s not connected to external power source or when the battery is in normal state, the indicator won’t light up. When it’s in low‐battery level(do not connect to extern power), it shows red.

Note: A atom node can not connect simultaneously two or more Sensors(Actuators). 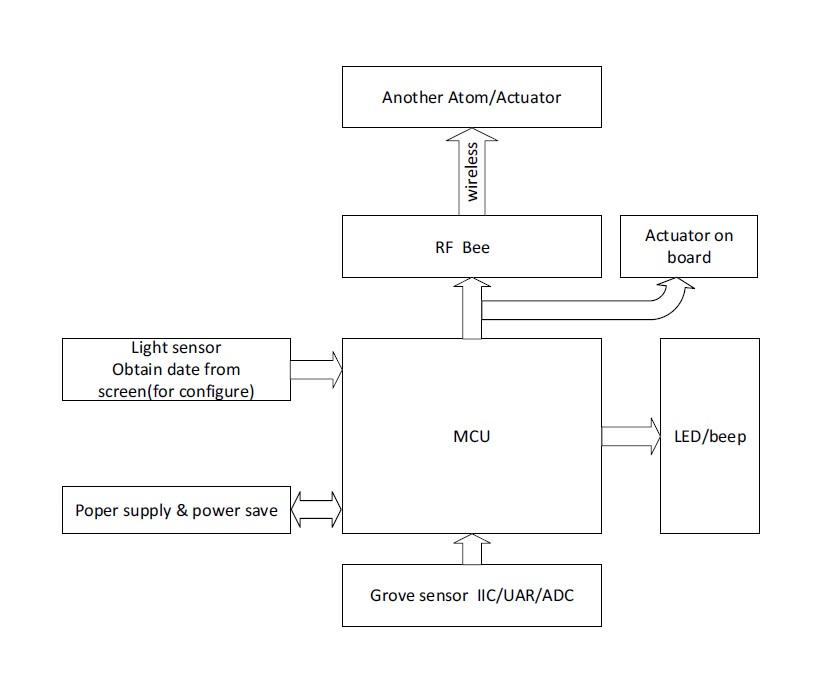 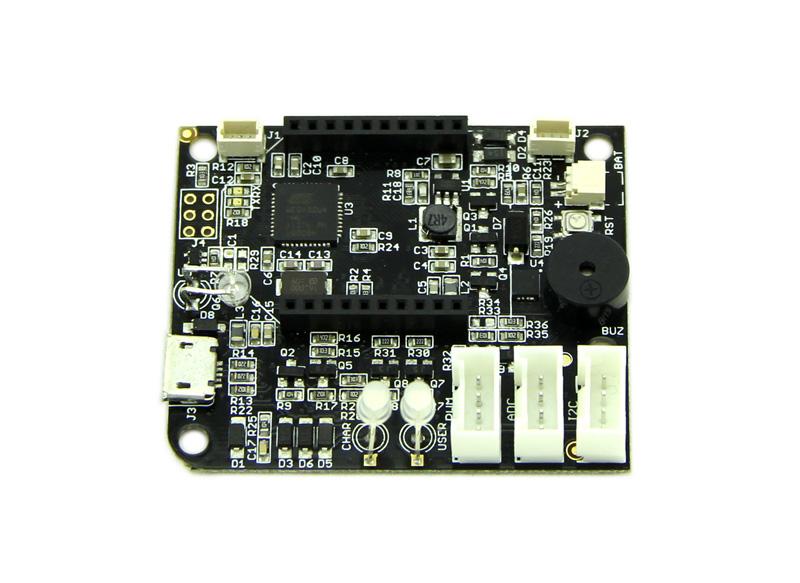 The firmware and software¶

The firmware which have uploaded to Atom Node can driving sensors and actuators. Sensors available for Atom Node:

Current it can drive almost all of sensors. It is visible that the firmware is powerful. Actuators available for Atom Node:

Atom Node is an open-source hardware solution for the Internet of Things, which can support several Grove sensors and actuators to gather physical data and perform certain actions. The Atom Node needs to be configured before being put in use. After configuration, several modules can gather and transmit data wirelessly through RFBee.

We would like to take the temperature sensor as an example to illustrate the use of the Atom Node. Let's try to make this happen: when the temperature exceeds 28 ℃, a buzzer will sound.

Preparatory work: Using the device, you need at least an RFBee/Xbee (when using only one Atom Node, it is not necessary) and an Android device (the Atom Node does not include it). If you want the Atom Node to work, they are essential. And please make sure the baud rate of the RFBee/XBee is set at 57,600. If not, you need to modify the configuration, using your own method or upload the demo of the Library file:RFBee to RFBee. Then download the application program package:BeaconUI and install on an Android device.

Demo 1: Use one Atom Node¶

Now using an Atom Node working in IFTTT mode, follow the steps below: 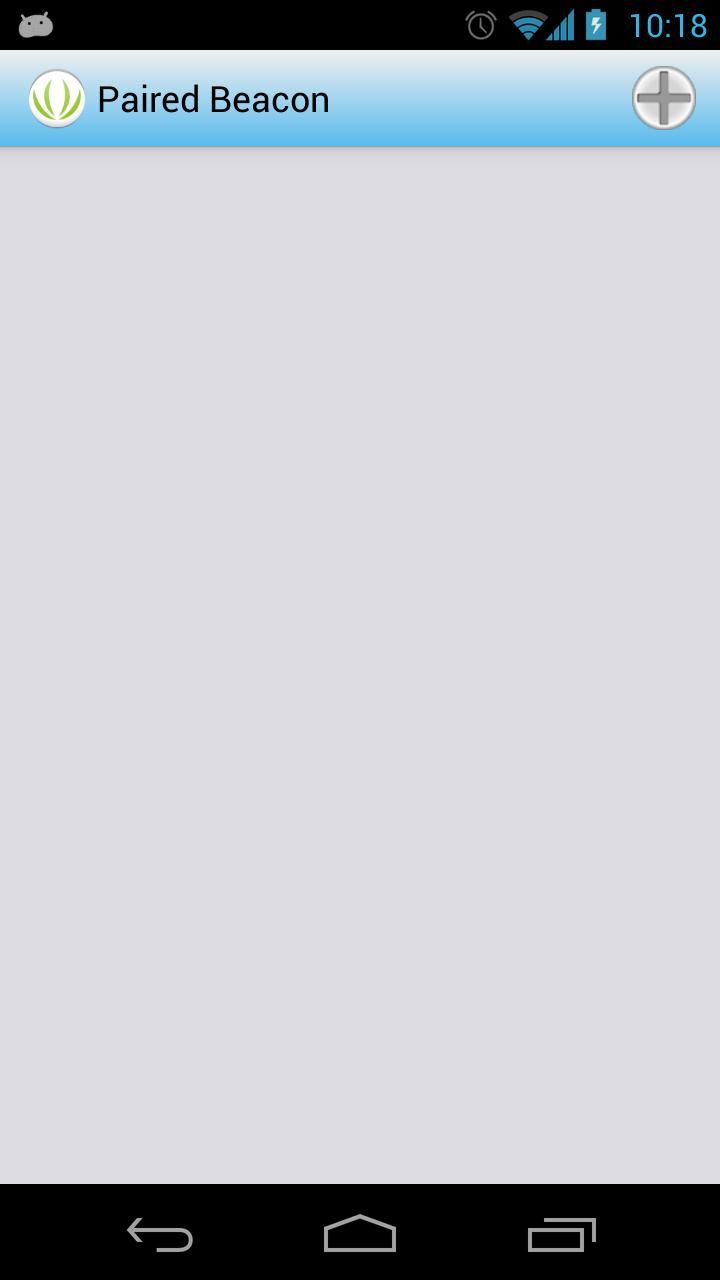 Let’s pause for a while to briefly introduce the interface.

1) Device Name: this can be any word. Such as “Sensor-temperature” or any word you like.

3) The rest of the configuration is for the Actuator. If you don’t need one, choose NULL and the rest of the options are automatically ignored.

Now let's configure it and set the device name as "temp". 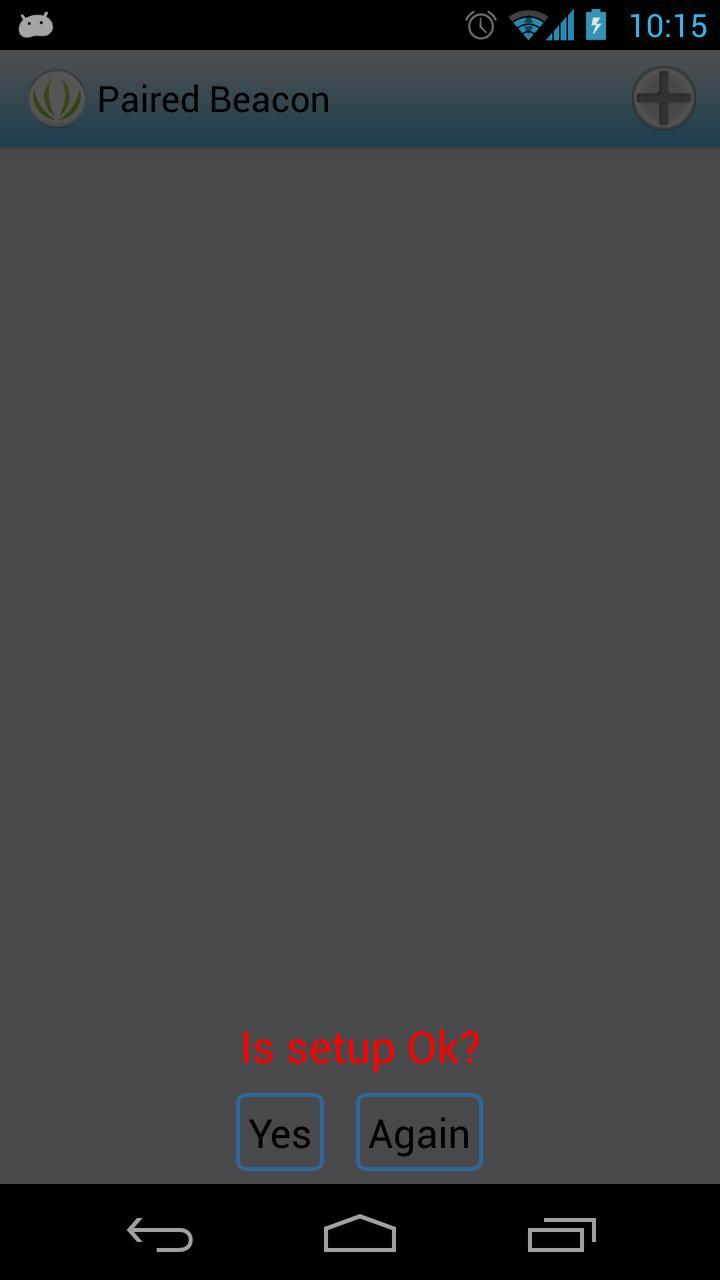 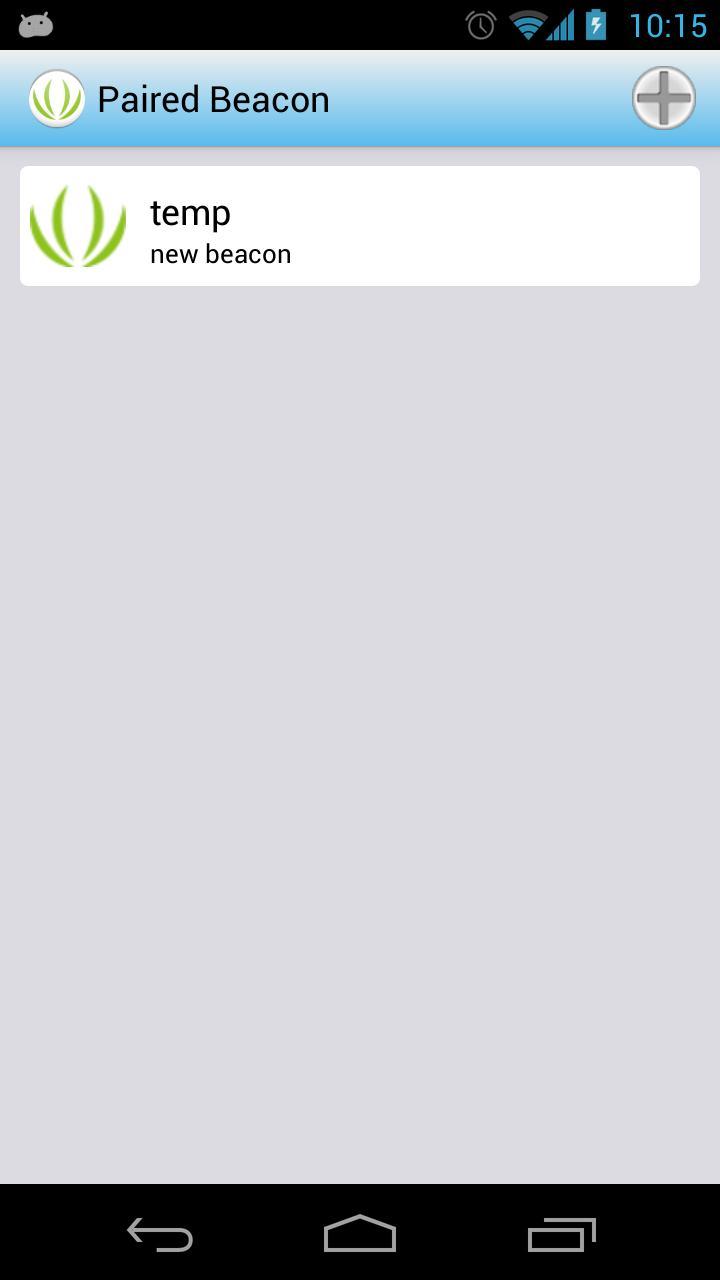 Remember that you have just selected trigger source as Null. You need to reconfigure it.

Using two Atom Nodes working in IFTTT mode, you may follow the steps below:

When configuring the actuator, set the actuator's name. Then choose the trigger source of the actuator in “Trigger from”. We would like to use the previously configured device "temp" to trigger the actuator: therefore we should choose "temp" in the drop-down box of “Trigger from”. There are some other trigger conditions and actions, like “If” and “then” which help you to build a link between a certain condition and corresponding actions. By the way, the “If” values should always follow the data type of the Sensor you used.

Connect device and install the driver¶ 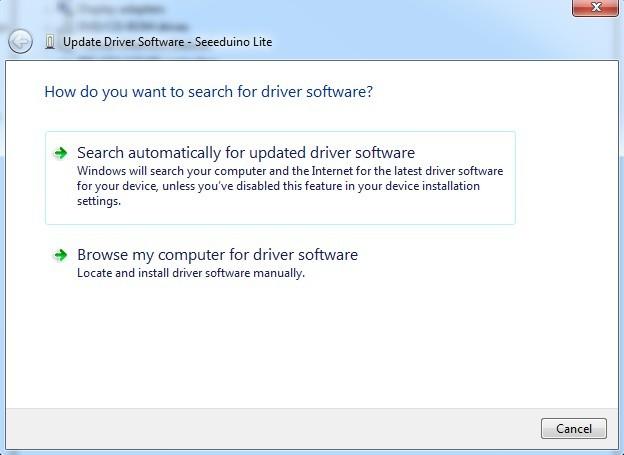 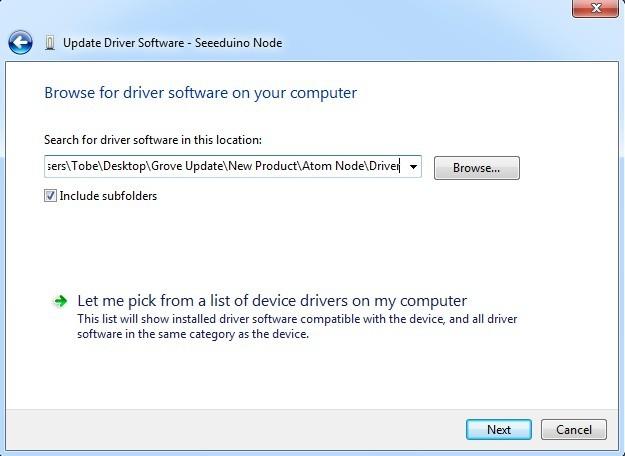 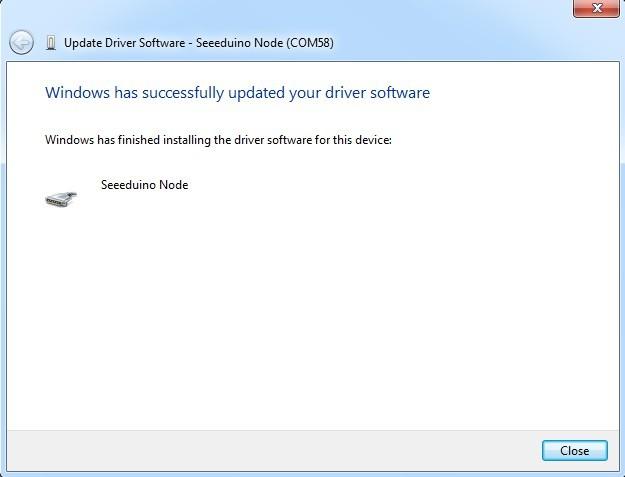 Now you have completed the firmware upgrade.