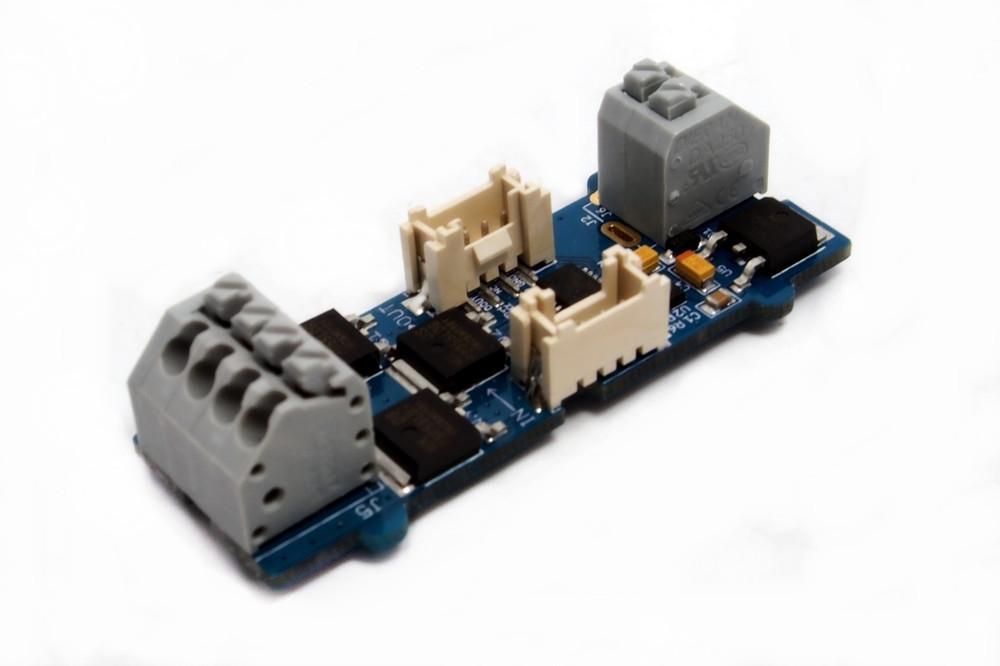 The LED Strip Driver with 4-pin Grove interface provides easy connectivity to your standard Arduino device or Seeed Stalker. It can help you control the luminance of a single-color LED strip, as well as the color and the luminance of an RGB LED strip through Arduino or Seeeduino. 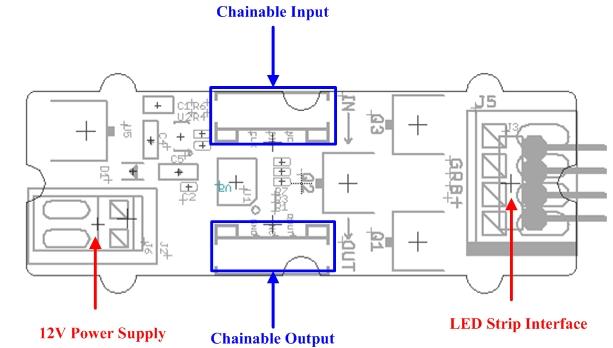 Note:VCC of Arduino/Seeeduino is not connected to the Grove interface. 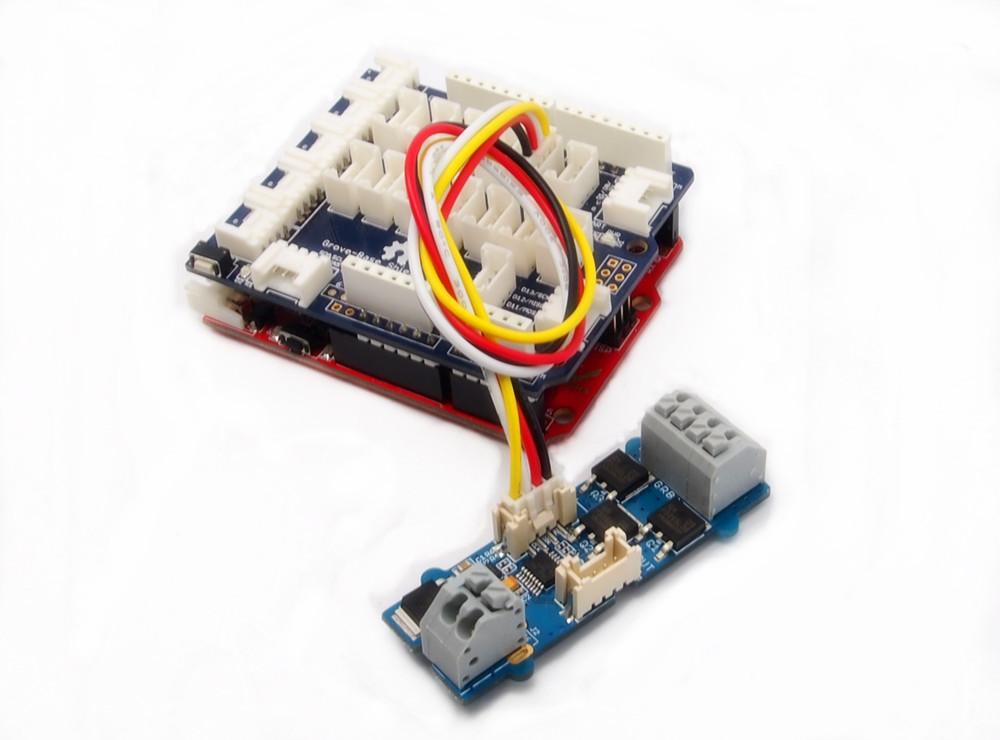 1.Connect the Grove socket marked "IN" on the LED Strip Driver and digital port 2 on the Base Shield with a Grove cable. 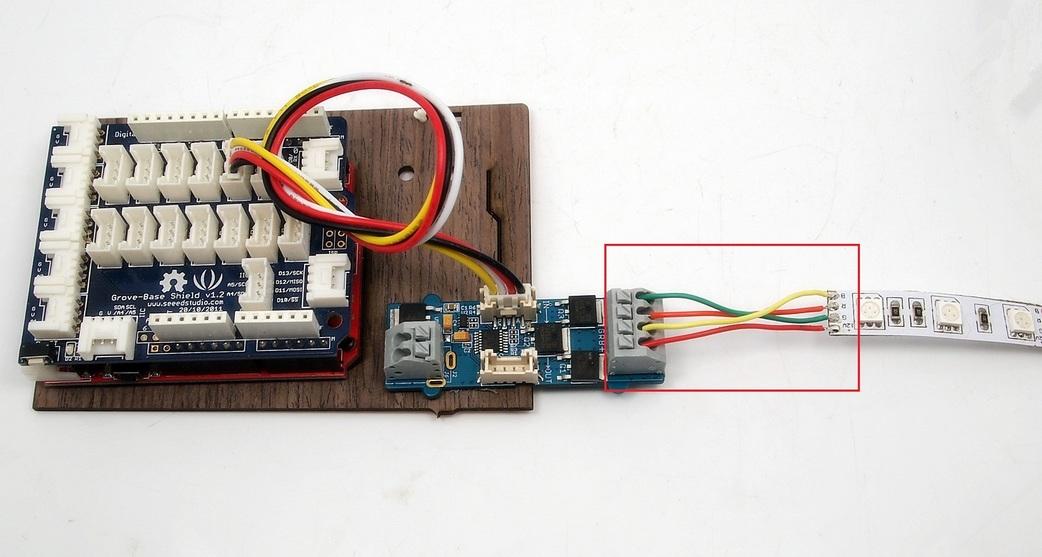 2.Connect the LED strip to the 4 pin terminal of Grove - LED Strip Driver. Make sure the wire marked "+12v" of the LED strip goes into the seat marked "+" of the terminal, and "B" into "B","R" into "R" and "G" into "G".Most of the LED strips we are selling have 4 wires as the picture above except White LED Flexi-Strip - 60 LED - 1m. If this is the kind you are going to use, the connection steps can be a little different. Still plug the wire marked "+12V" into the seat marked "+", but the other wire can go into whichever seat of "B", "R" and "G". And run the demo code named "DemoForWhiteLEDStrip" instead in the following software steps. 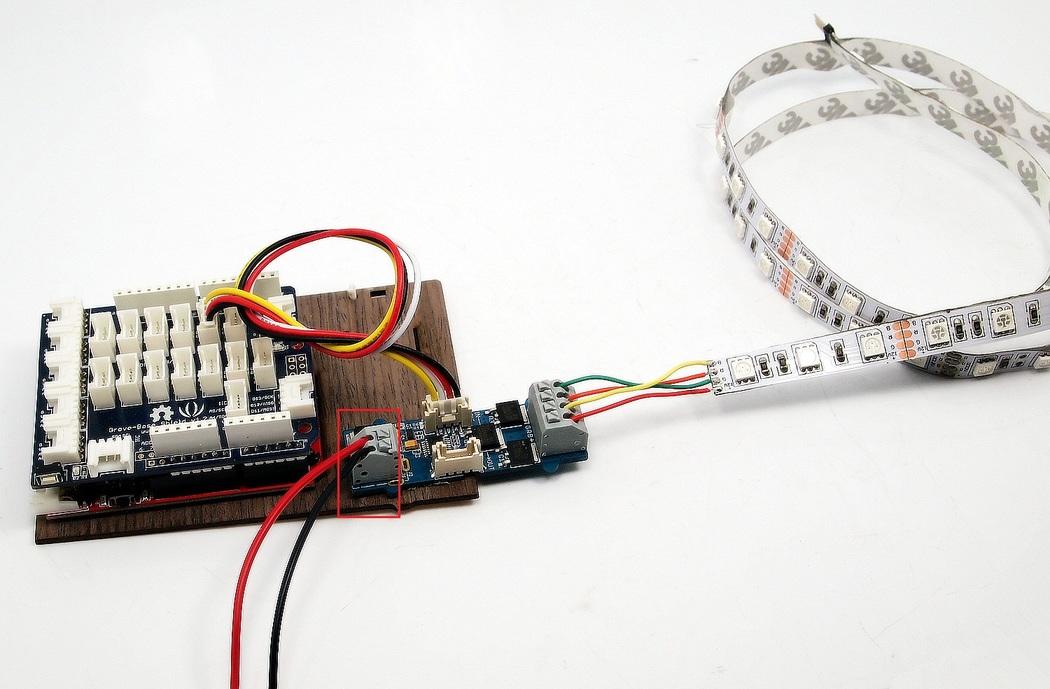 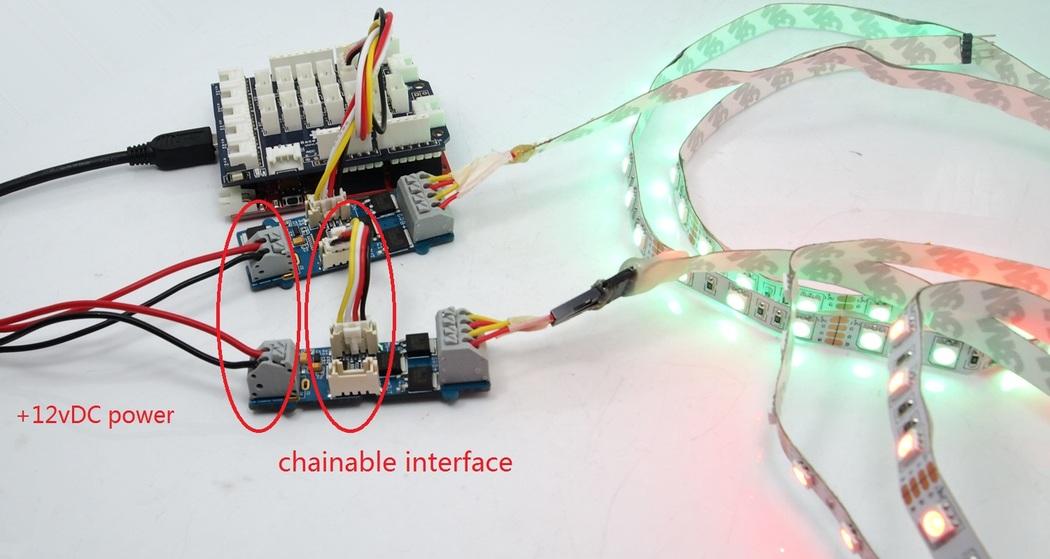 2.Upload the SingleLEDStrip demo code if you only use a single driver. 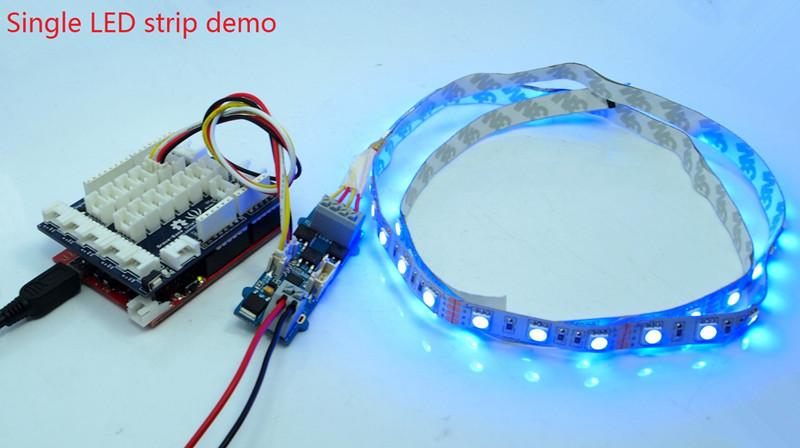 3.In case of two LED strips, upload the DualLEDStrip demo code instead. 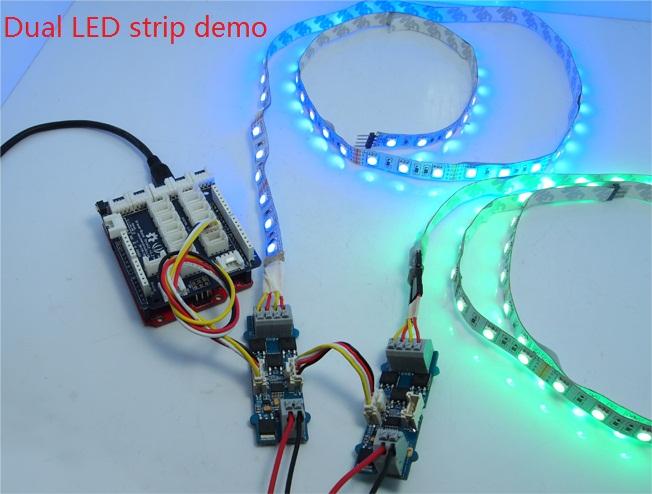