We have released various types of Accelerometer sensors in the recent years. You may find it difficult to make a choice between them. We feel your pain and let's take a close look at them and workout which one is best suited for you!

An accelerometer is a sensor capable of measuring objects' acceleration. During the movement process, the acceleration value is obtained by measuring the inertial force of the mass and Newton's Second law. According to the different sensitive elements of the sensor, common acceleration sensors are including capacitive, inductive, strain, piezoresistive, piezoelectric and etc. Via measuring the acceleration due to gravity, you can calculate the tilt angle of the device relative to the horizontal. And you can also figure out motions of device by analyzing dynamic acceleration.

For instance, recently a ninety-year-old American old lady said that after experiencing a traffic accident, the fall detection function of a smart watch successfully saved her life. When she walked out of the store and went home, a woman knocked her down while driving. At that time, the old lady could not find the phone to call the emergency service, but the smart watch she was wearing detected that she had fallen and started to ask her family for help.Thanks to a new generation of three-axis MEMS acceleration sensor and gyroscope chip technology, some smart watches now are capable of recognizing a variety of falling postures. 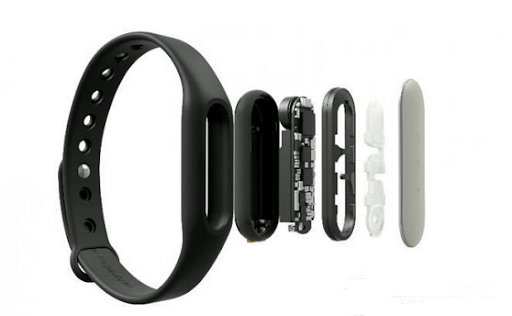 Figure 1. Smart watch with a 3-axis accelerometer ( Image from Sensorexpert, 2015 )

How does an accelerometer work¶

There exist two ways where an accelerometer works: Piezoelectric effect, and Change in Capacitance. Following is the illustration:

As shown in the model in the figure above, accelerometers contain microscopic crystal structures, generating voltages when vibrations occur, and then voltage generated will create a reading of how much acceleration there is.

Figure 3. Working principle of Change in Capacitance ( Image from explainthatstuff, 2019 )

This method plays with the formula in finding acceleration. Since we know that Force = Mass x Acceleration, to find acceleration, it’ll take the Force present / Mass of an object.

This is how the capacitance effect in a MEMS accelerometer works:

There are a numerous use of these accelerometer sensors. Particularly, using these kinds of sensors, human beings can be monitored and benifitted or even saved from different conditions. Therefore the accelerometer sensors play important roles in various sectors, which include industry, medical, social applications, and domestic applications for monitoring motions of variety objects. 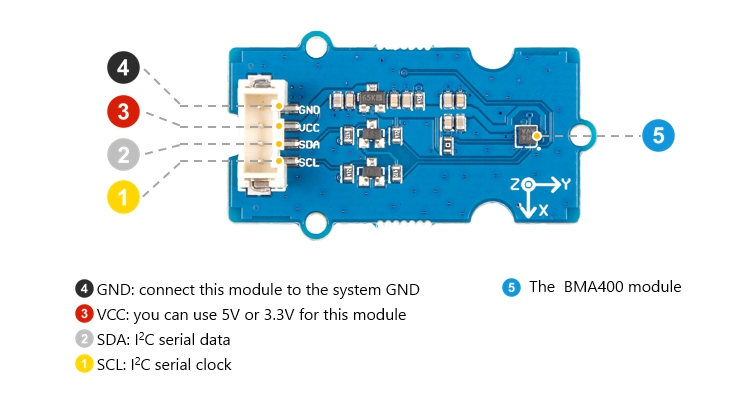 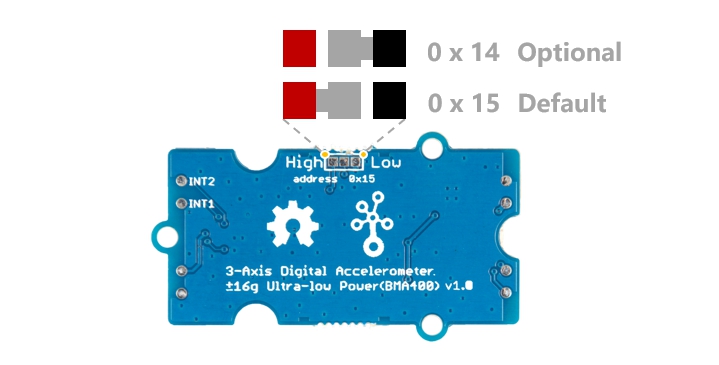 Which One is Your Preference¶

The chart above tells a variety of attributions of each accelerometer with different measurement ranges, sensitivities and power consumptions, you can choose the one that is the most suited for you. What's more, if communication interface is one of the considerations when doing preferences, we would suggest that SPI communication can operate faster than I2C, which may be an advantage in some conditions.

For more detailed information of individuals, please visit their own pages via the links left beside the images of the products.

Motorcycle Data App: Learn from your ride like a pro! Motorcycle race teams have used IMU data for years, with RideData+Arduino it's easy for you to do the same.

if you have any technical issue. submit the issue into our forum.