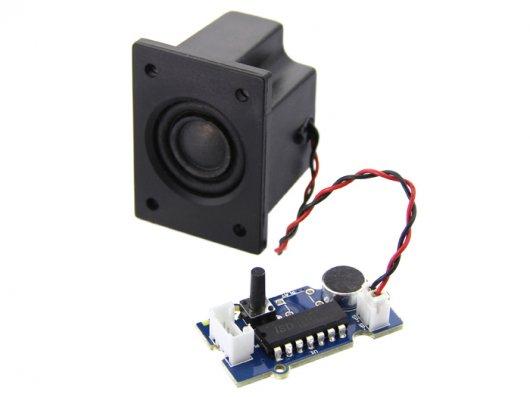 Grove - Recorder is based on the ISD1820P chip, and can record 8-20 secs of audio. It offers true single-chip voice recording and provides non-volatile storage. The recording time can be varied by changing the sampling resistor (R6) on the module's PCB. By default, the resistor on-board has a value of 100KΩ and thus the module offers a default recording time of 10 secs. The audio recording can be directly controlled by the on-board push button or by a micro-controller such as a Seeeduino. 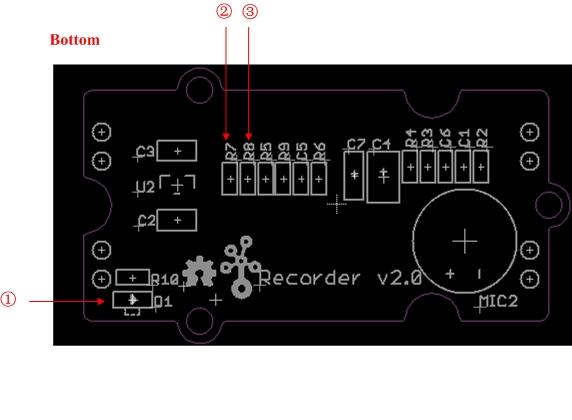 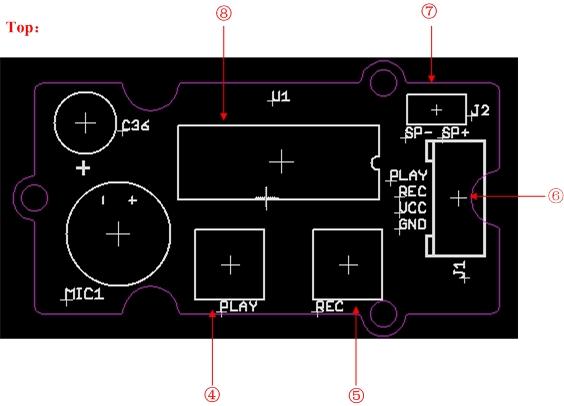 Record: Red LED light stays ON from the beginning of the recording duration until the end.
Playback: Red LED flashes to signal end of audio playback.

Follow these steps to build a sample circuit using the Grove - Recorder module:

Below is an illustration of a Grove circuit built using the Grove - USB Power power module: 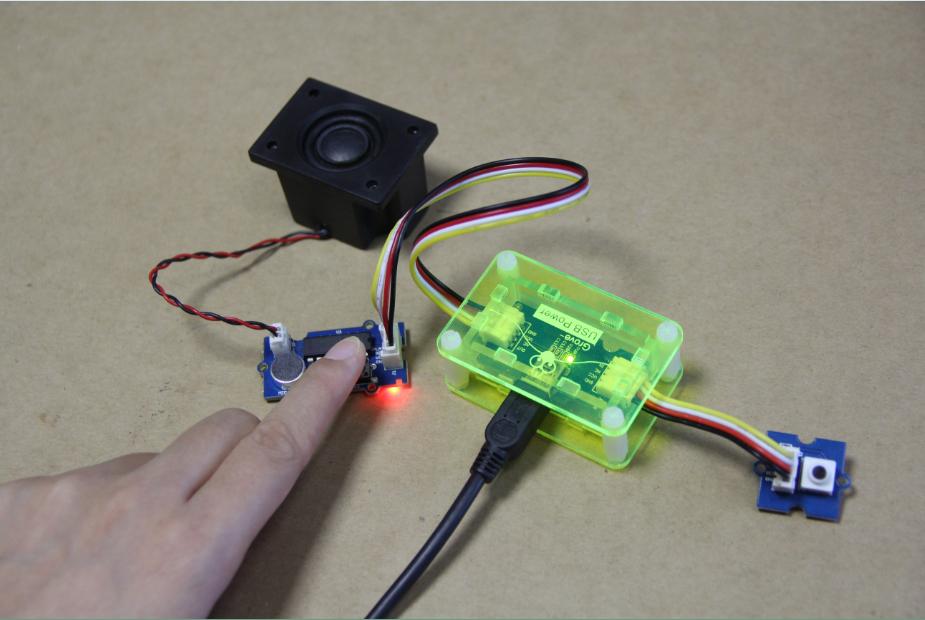 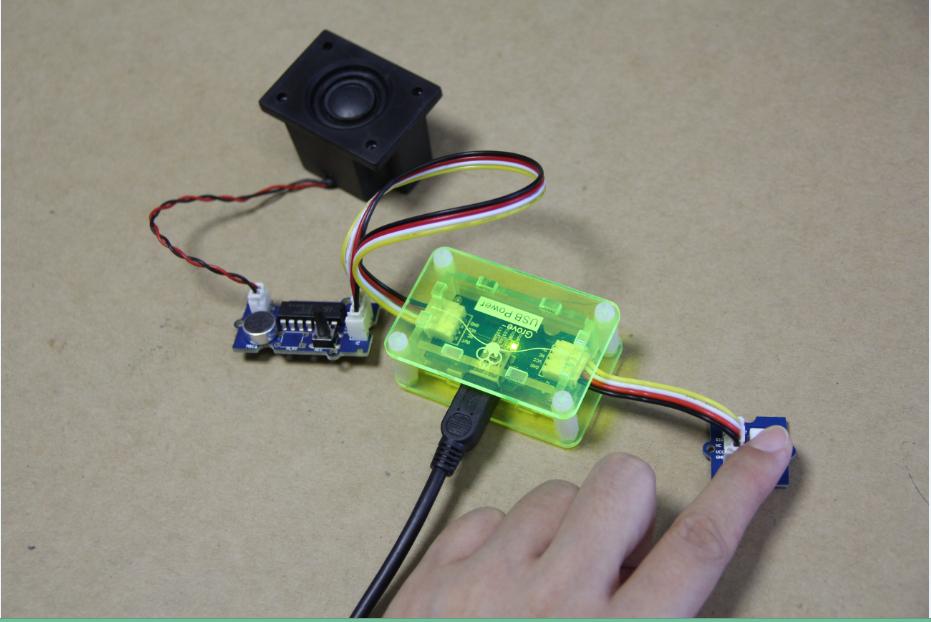 This Grove module is available as part of the following Grove Kit Series:

Alternatively, it can be bought stand-alone at the Seeed Studio Bazaar.