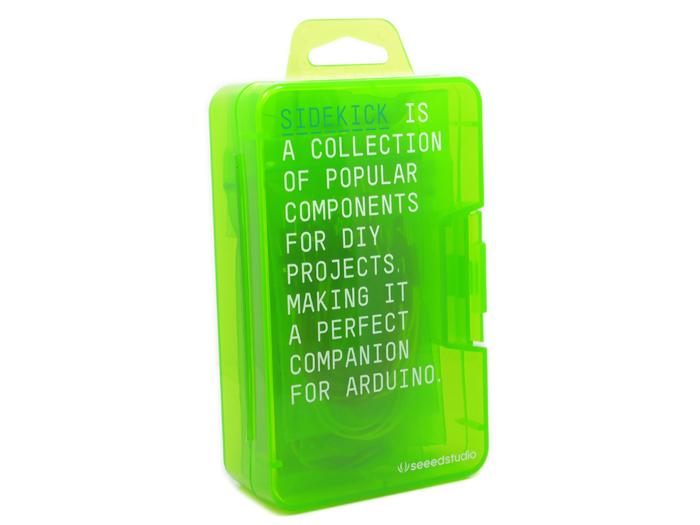 The Arduino Sidekick Basic Kit is designed to be used with your Arduino / Seeeduino / Seeeduino ADK / Maple Lilypad or any MCU board. It contains everything needed for a first-time user to connect his/her computer to an Arduino. It includes many of the most popular accessories for DIY projects : like Breadboard, Jumper wires, Color LEDs, Resistors, Buzzer, etc. All of these coming with its own handy box are easy transport and minimal clutter. 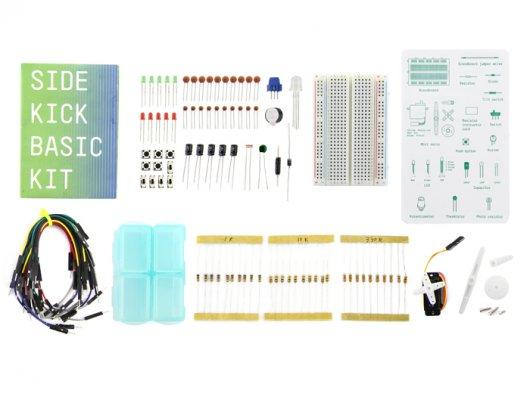 Current is the rate of flowing electric charge in a conductor. Voltage is the potential difference (electric driving force) applied between two points to conduct current. Current is expressed in terms of Amperes (A) and Voltage is in terms of Volts (V).

The relations among Current, Voltage and Resistance are governed by Ohm's Law - which states that "The current through a conductor (I Amperes) between two points is directly proportional to the potential difference or voltage across the two points (V Volts), and inversely proportional to the resistance between them (R Ohms)" i.e I = V / R. Hence V = IR or R = V / I. The following Ohm's Law triangle can be used to remember the relationship between V, I and R. The vertical line indicates multiplication operation and horizontal line indicates division operation. 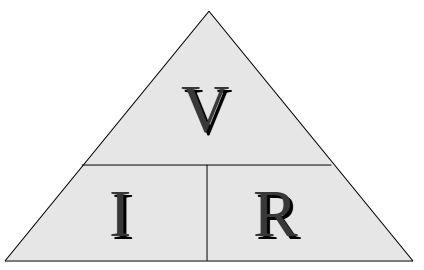 eg: Hence to know current I, we divide V by R. 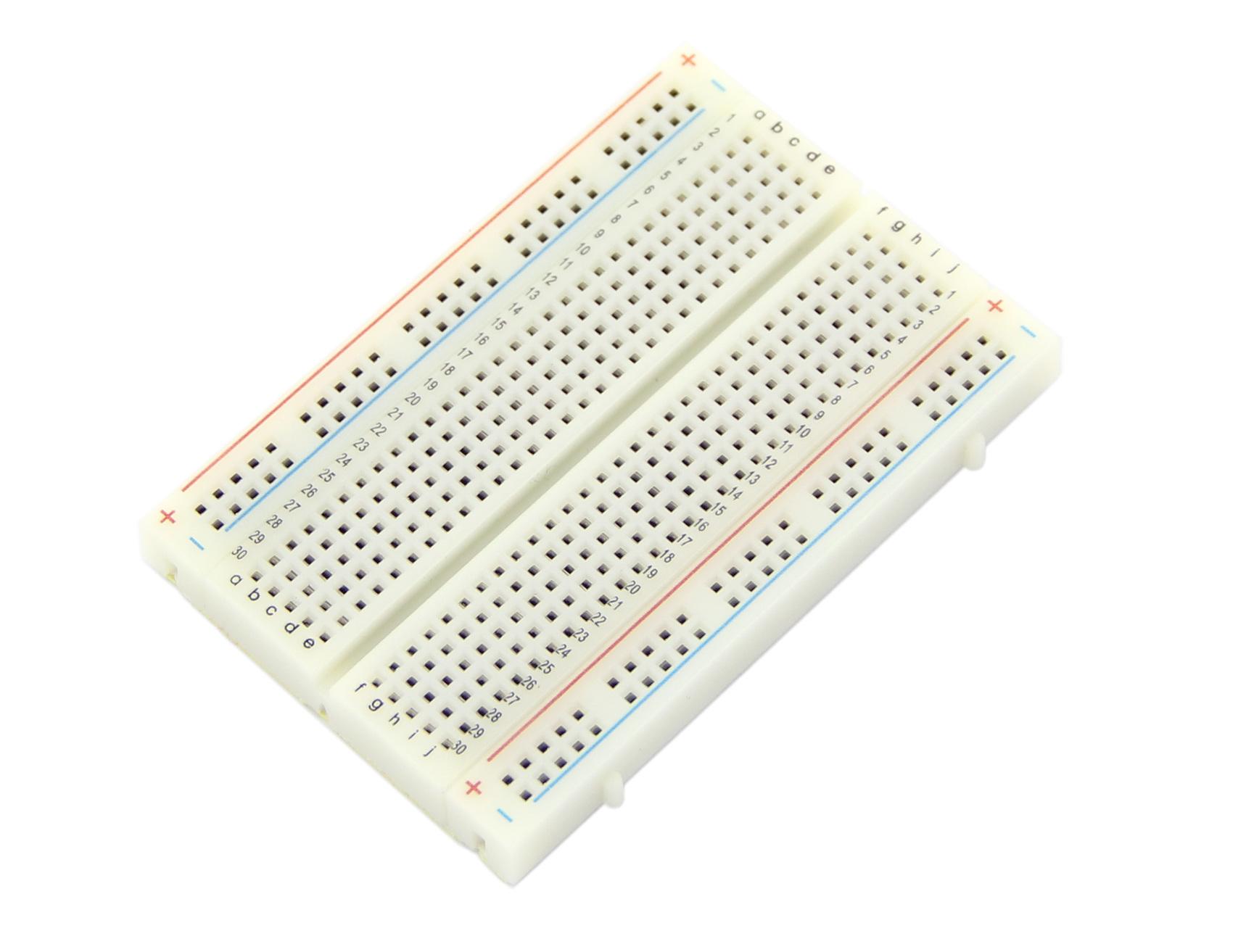 Breadboard is a prototyping device for electronic circuits. It is very useful to connect electronic components and to make a circuit without soldering. Breadboard consists of rows and columns of holes with metal contacts to insert components. The breadboard supplied with Arduino Sidekick Basic Kit is arranged of 2 X 30 five-hole columns and 4 X twenty five-hole rows. These holes are connected internally in a manner as illustrated below. 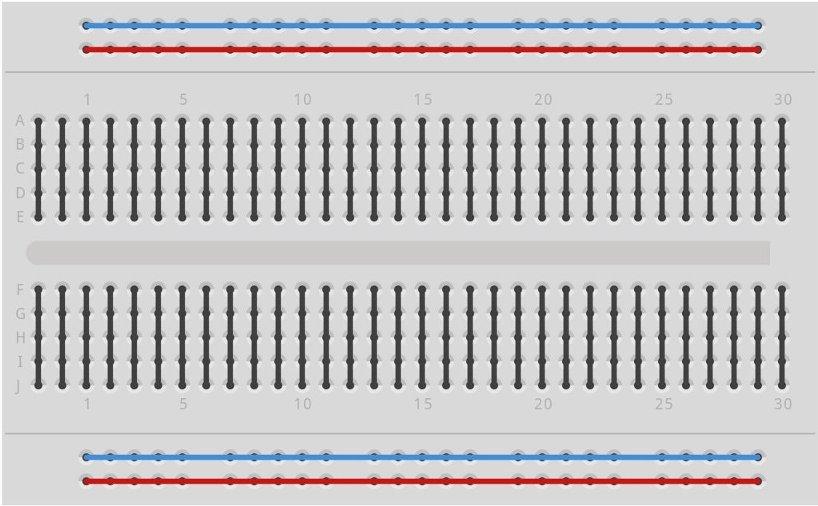 The resistors supplied with Basic Kit are made of carbon and have fixed value type. The value of resistance is marked by the colored bands. You can get the value from the resistor color code sheet.

POT is a variable resistor whose resistance can be changed by rotating the knob. It has three terminals - the terminals on the ambilateral sides of the resistor are connected to ends of conductor which is made of resistive material. The middle terminal is connected to a slider which moves over the resistive material. The value of resistance changes proportionally to the position of the knob. 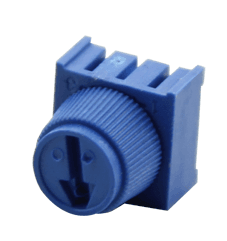 Thermistors are special resistors whose resistance will be changed with the temperature around it. They provide very useful and convenient way to sense the temperature difference. 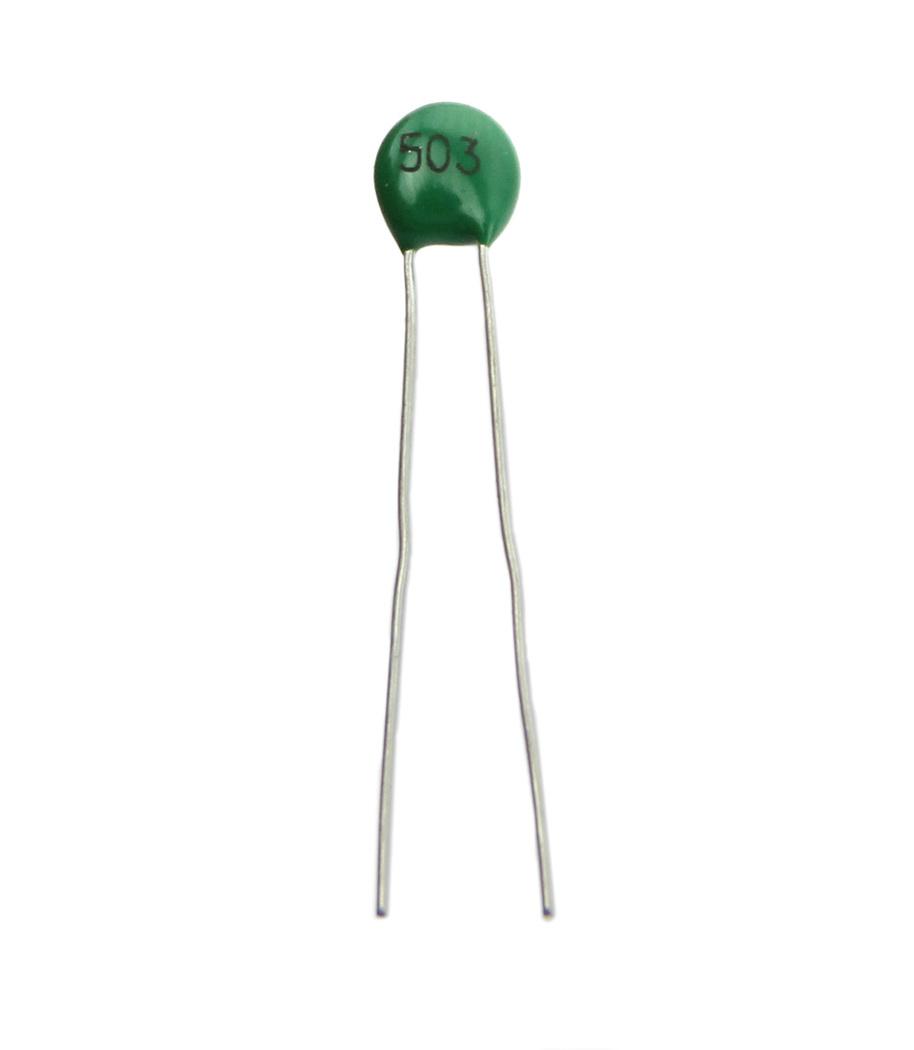 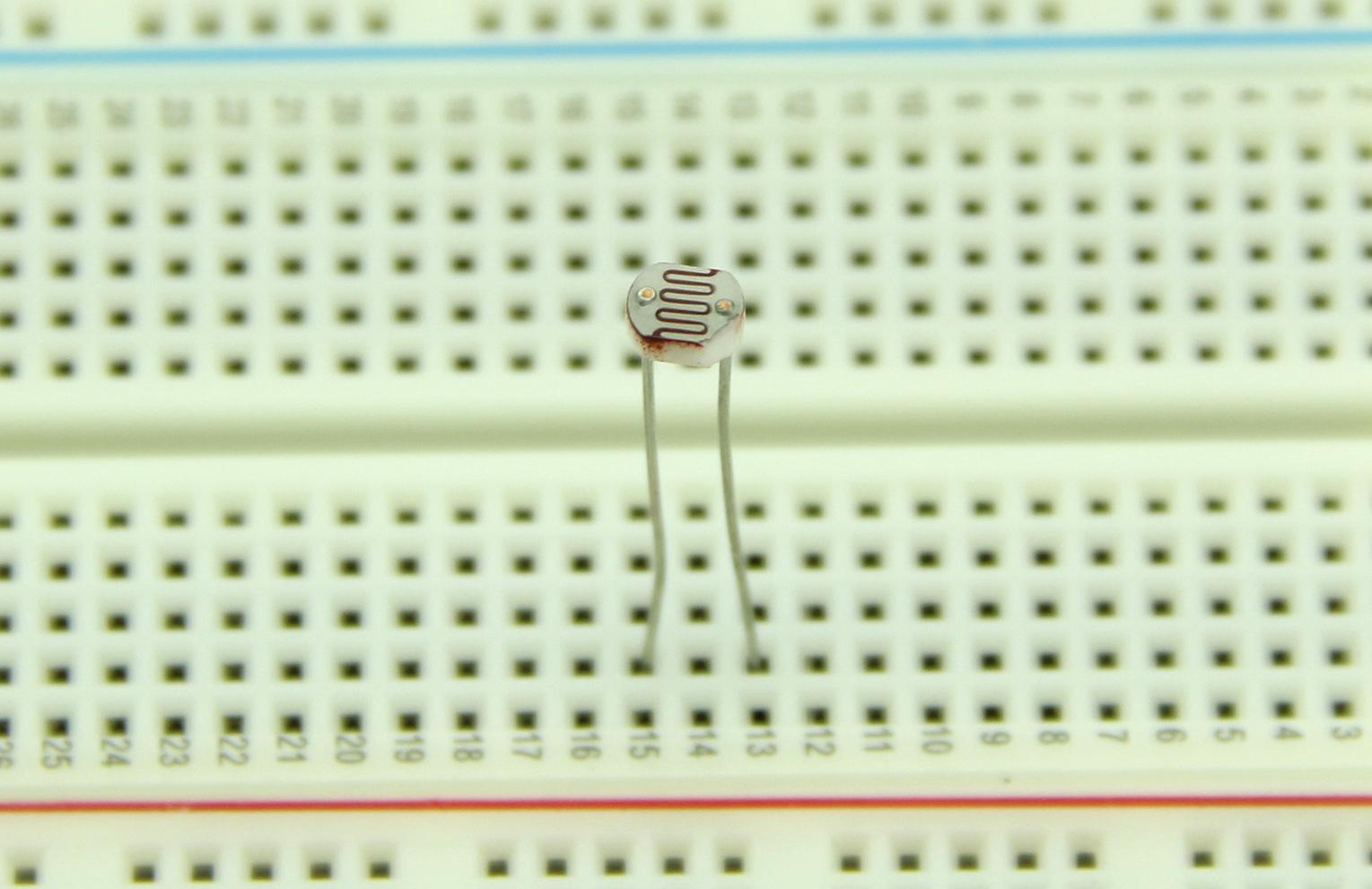 LEDs emit will light up when it is forward biased. They are encapsulated in a transparent casing and come in various colors like red, green and blue. LEDs are made of gallium arsenide phosphide, and by altering the proportions of arsenic and phosphorus, different colors can be obtained. Monocolor LEDs have two leads Anode( +ve ) and Cathode (-ve). Tricolor LEDs have 4 Leads - one anode and 3 cathodes for each color.The LEDs can be used in display boards.

The switches are used to close or open the circuit. The switches supplied with Basic kit have two types - Push button switch and Slide Switch. 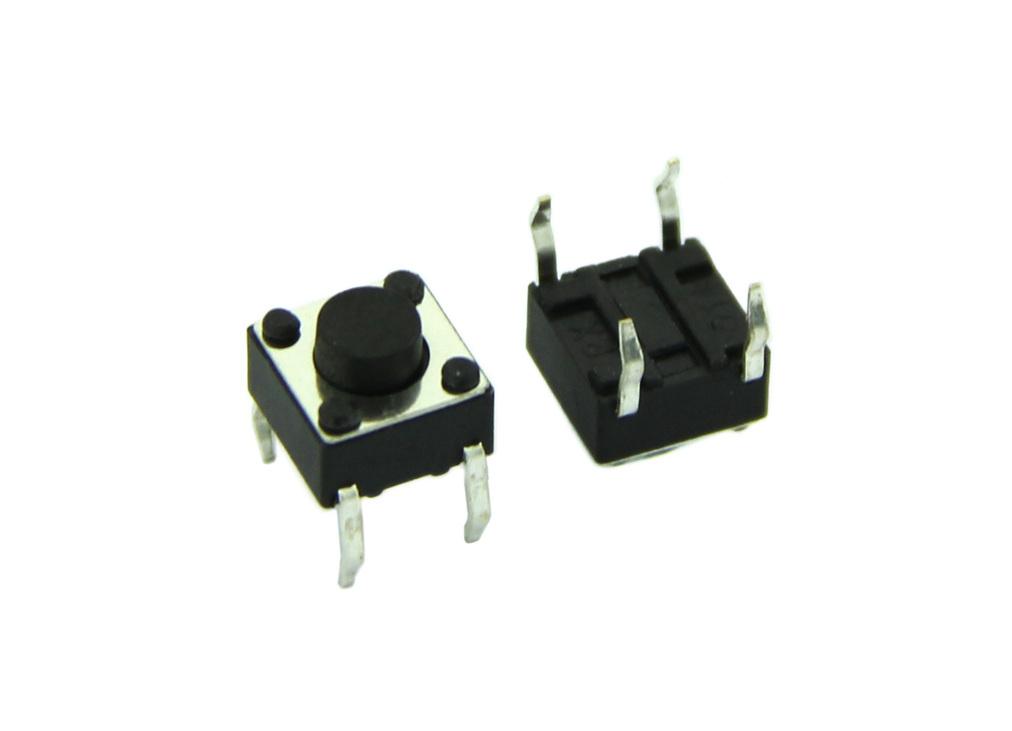 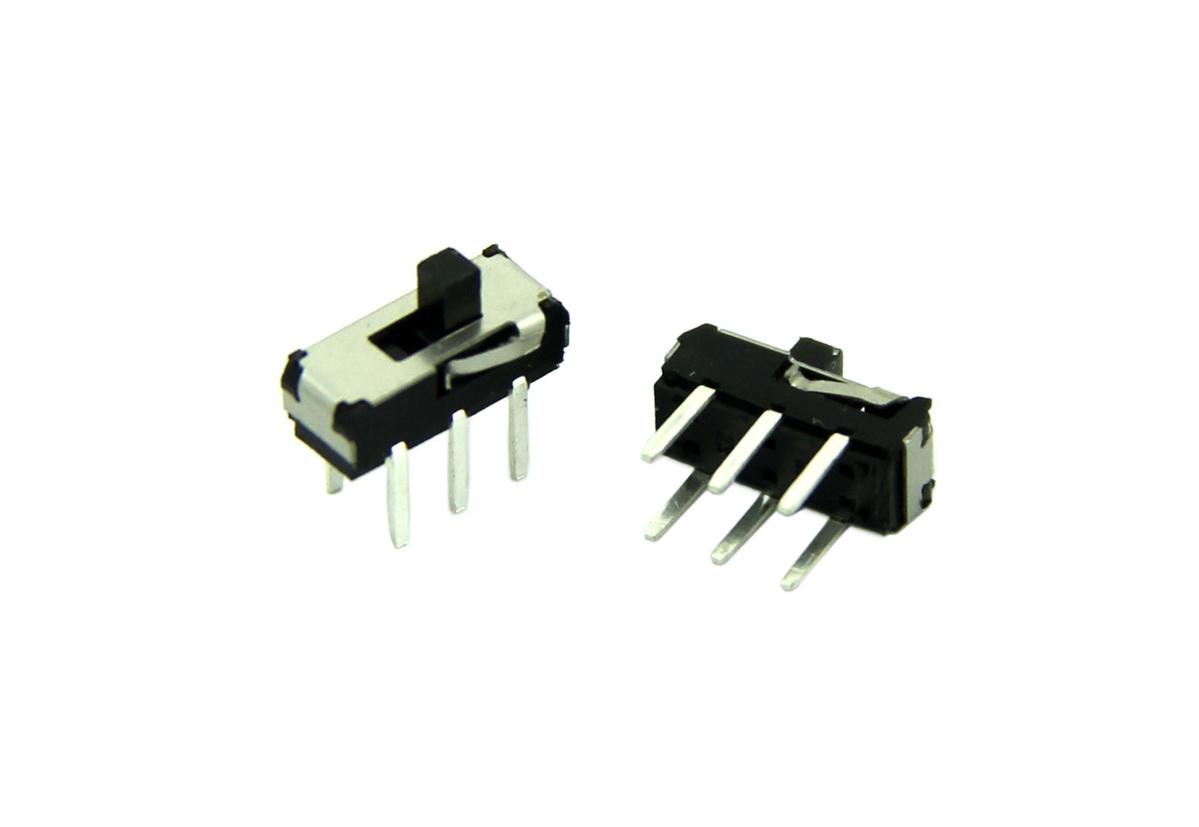 Capacitors are used to store electric charge. They are classified into two different types: Electrolytic and Ceramic disc Capacitor. Capacitors are expressed in terms of micro Farads (uF). 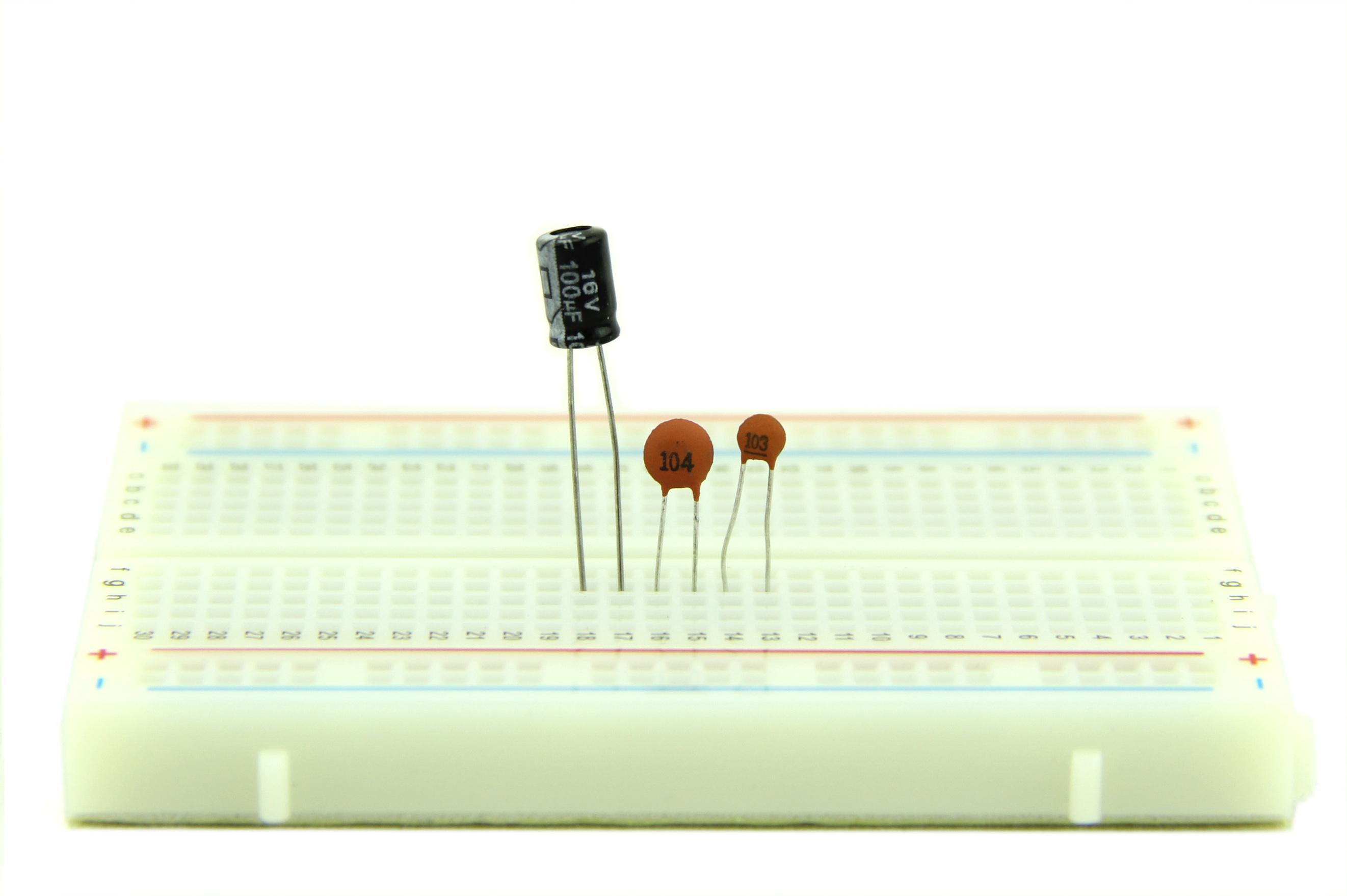 A buzzer is an audio signaling device, which may be mechanical, electromechanical, or Piezoelectric. It produces various audio signal based on the oscillation of the material used in it. They are commonly used in alarms and timers. 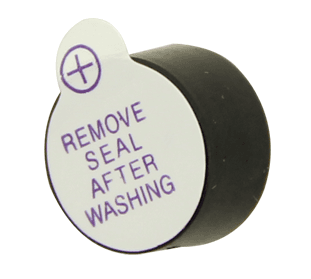 Connect the long pin to the positive voltage, and the short pin to ground.

A diode is a semi conducting material that conducts current only in one direction. It starts conducting only after the supply voltage is greater than the barrier potential. It acts like a closed switch in forward biased condition and acts like an open switch when it is reverse biased. The diodes are classified based on the semiconducting material and can be used to fabricate,such as PN Junction diode,zener diode,light emitting diode etc. 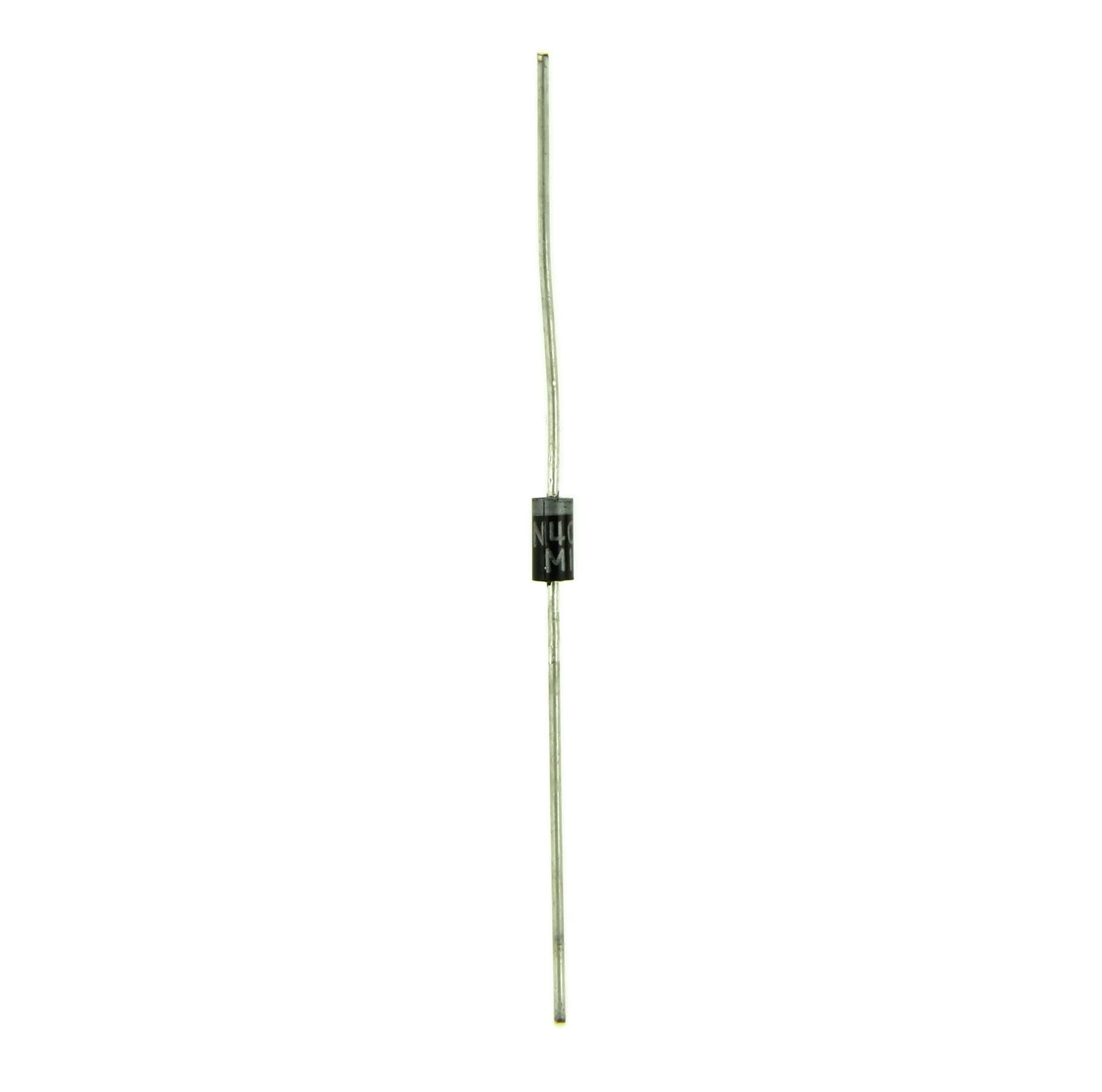 Servos are DC motors with gearing and feedback system.They are used in driving mechanism of robots. 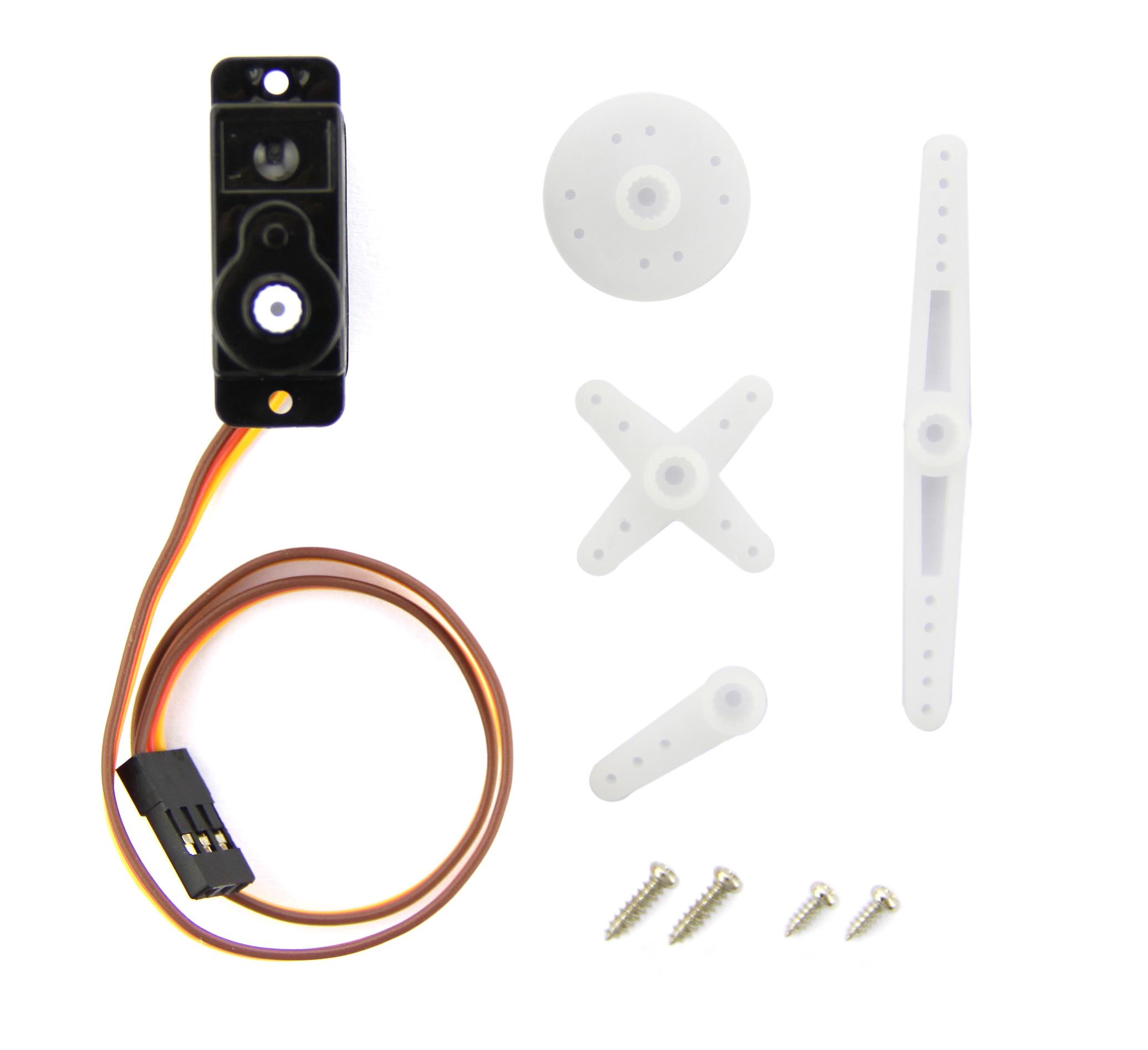 Georgia Tech Getting Started with TI LaunchPad Workshop 2015: Try out some basic breadboard circuits with a TI microcontroller