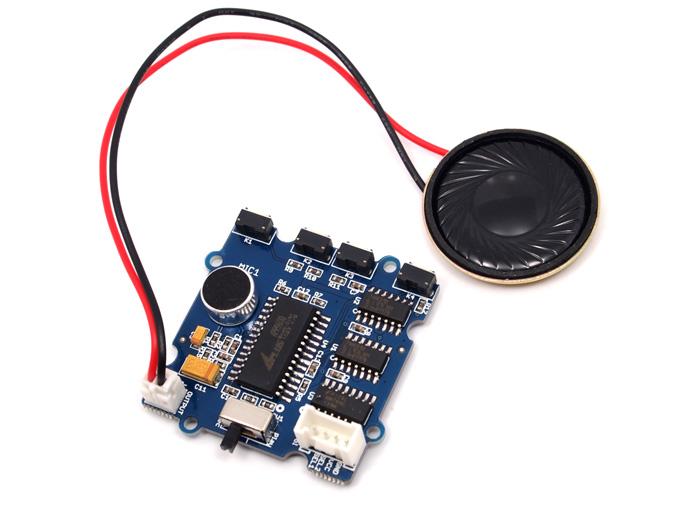 This Grove-Sound Recorder supports 4 Message segments of fixed duration. Each segments can be controlled manually or by the MCU(Arduino/Seeeduino). And the duration of every segment can be changed by the customer. Recorder Method

Control the recorder manually is so easy. OK, let's have a look at it: The switch(SW1) is for recording/playing selecting, push it to "Rec" when you want to record voice, and push it to "Play" when you want to replay the voice in the recorder. The 4 buttons(K1~K4) are the control button, you can control with segment to record/replay by pressing the related button. The output connector is for connecting a 8 0.5w speaker, and the Grove connector is for powering and MCU controlling.

How to control it manually¶

Step 1: Power the recorder. You could connect the "control" to the Base Shield via the grove 4 pin wire or any 5V voltage source.

If you connect it to the Base Shield via 4 pin wire, you should make sure the SEL1 and SEL2 low by programming the connected pins.

I connected the "Control" connector to Digital port D1. And set the D1 and D2 to low by:

Step 3: Push and hold the segment related button, K1 for example, to begin the recording, and release the button to stop recording, and you will hear "DI" both the beginning and stopping of recording.

The recording time for each segment should not be more than 15s, or it will be stop automatically even if you keep the button pressed, please refer How to change the record time.

Step 4: When you want to replay the sound you recorded, just push the SW1 to "Play", and push the related button(Do not need to hold on), then you will hear the sound what you have recorded in this segment.

How to control the Recorder by Arduino/Seeeduino¶

The Recorder can also controlled by the MCU(Arduino or Seeeduino), this feature makes this recorder module suitable for much more applications and gives the user fantastic feeling. Ok, let's begin the MCU controlling for this recorder. Note that we define the 4 segments that controlled by K1/K2/K3/K4 as Section_1/Section_2/Section_3/Section_4.

Step 1: Prepare the hardware:wire the connector "Control" to the digital port D2 of the Base Shield. And push the SW1 to "Rec". 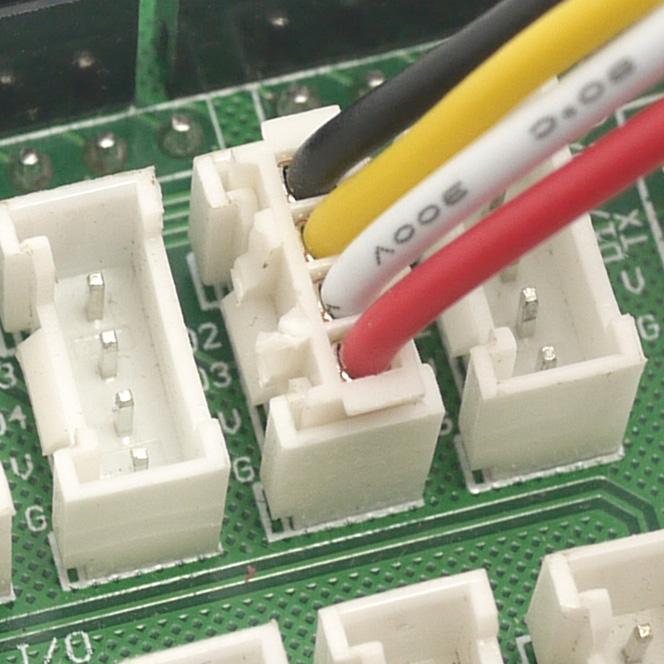 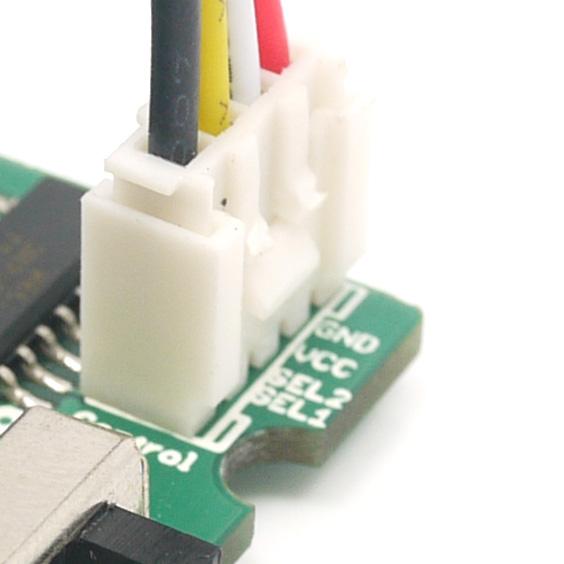 Step 2: Prepare the software. In order to control select the section to Record/Play, each decode of Sel_1 and Sel_2 point to different section.

When controlled by MCU, Section_1 can not be selected.

Not interested in such a table, it is confusing! Just want the code? Download the following code to your Arduino/Seeeduino.

Now, you can begin to control the recorder, with the following command (Baud Rate:9600):

Section_1 can not be controlled by MCU.

After download the firmware to your Arduino/Seeeduino, make sure the connector "Control" is connected to the D2&D3&V&G. 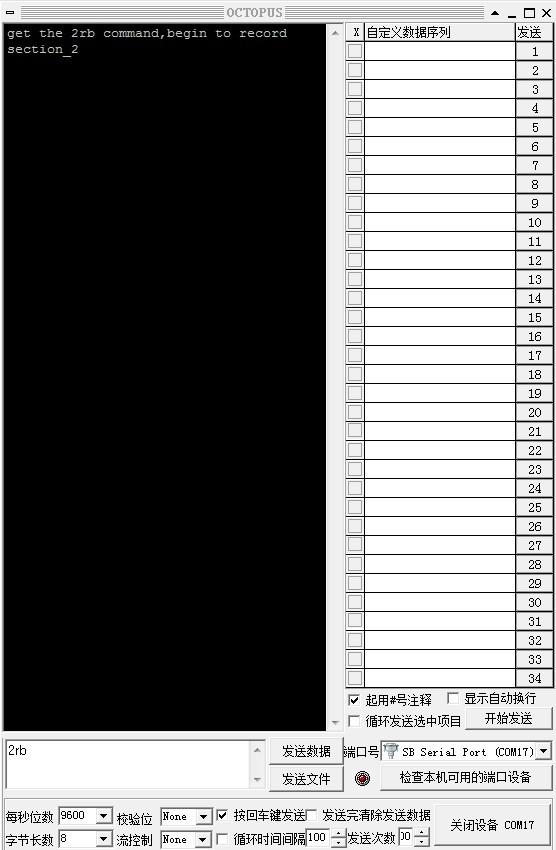 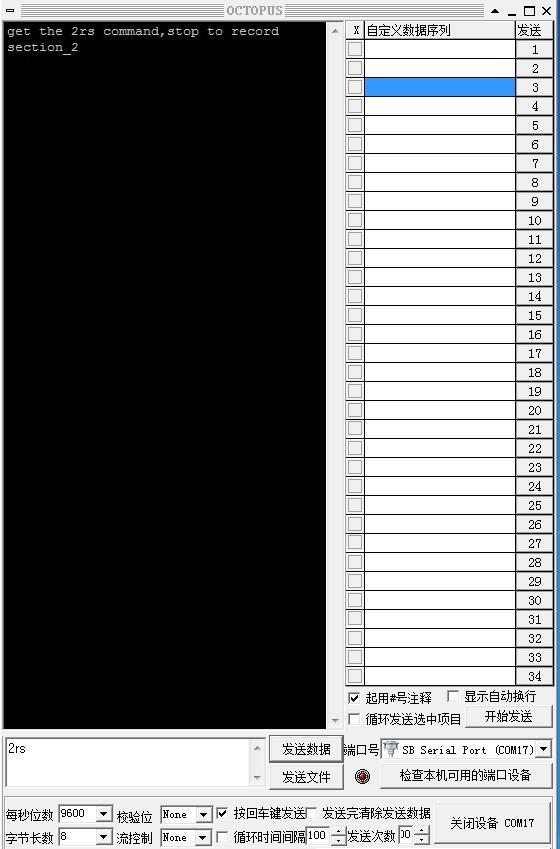 And now, you can type in the "2p" to play the Section_2, note that you should make sure the SW1 is pushed to "Play". 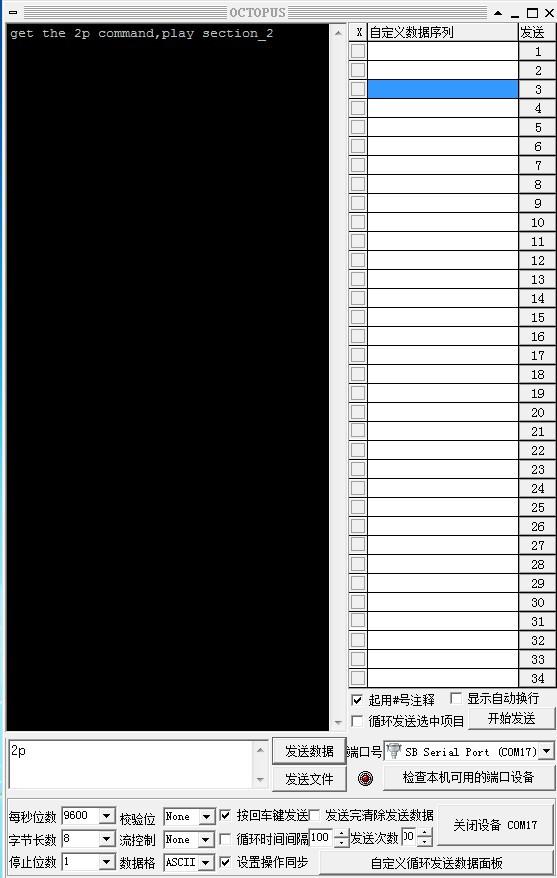 You can record the 3 Sections (Section_2, Section_3, Section_4) first, and then, with the serial port, to control which section you want to replay.

How to change the sample rate and duration for each section¶

You can control the quality/duration trade off by controlling the sampling frequency. Oscillator frequency can be changed by changing the resistance**(R7 in the PCB)** from the OscR pin to GND. Table summarizes resistance values and the corresponding sampling frequencies, as well as the resulting input bandwidth and duration.

The R7 is 24K when it is shipped to your hand, you can change it to 38K/44K to get a longer duration of recording, with the tradeoff of lower sample rate.