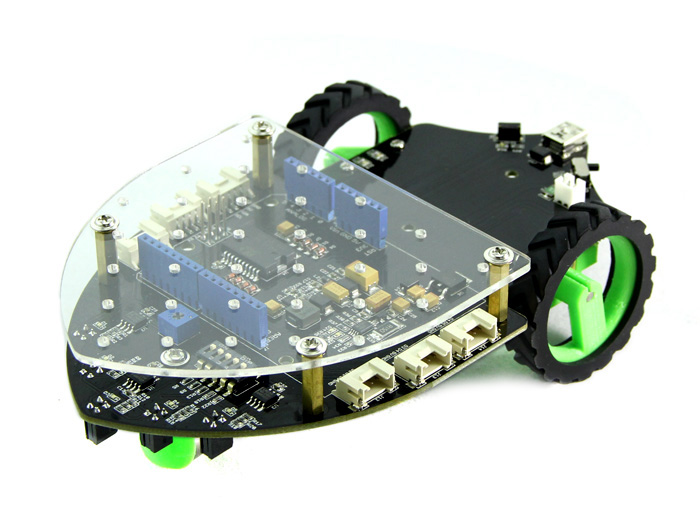 Compared with the previous version, The Shield Bot V1.1 can use the usb port of PC to charge battery. And the charging efficiency is greatly improved after we optimize the circuit. And you can use the Arduino/Seeeduino Vin pin to fast charge.

Note: Compatible Arduino Board not included, try the Seeeduino.

Charge mode and charge efficiency as the following table: 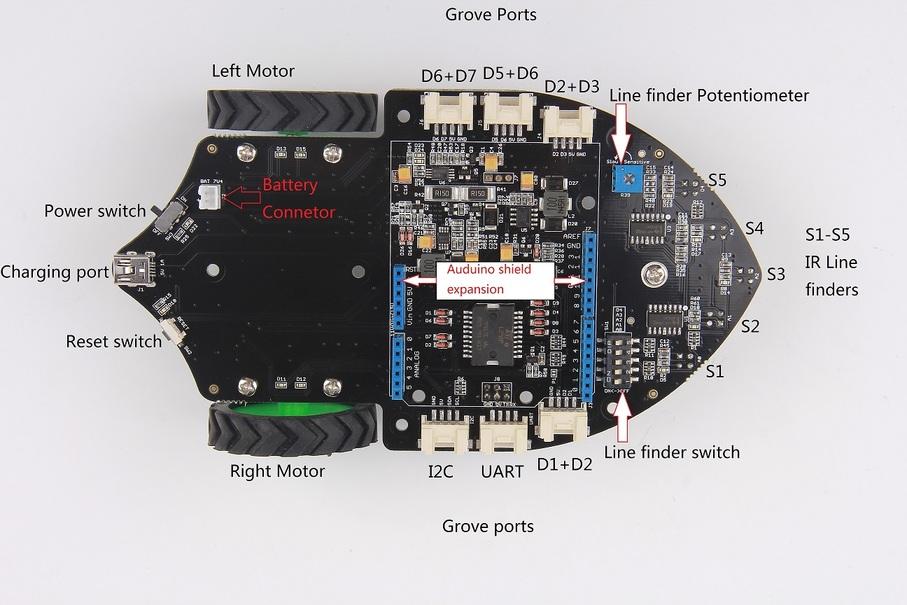 The Shield Bot has lots of LEDs to show you whats going on! 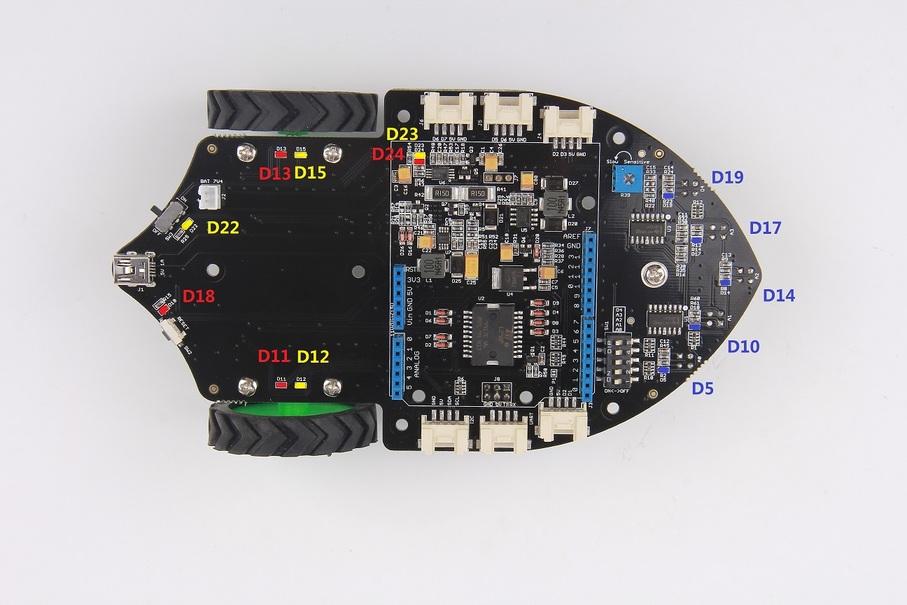 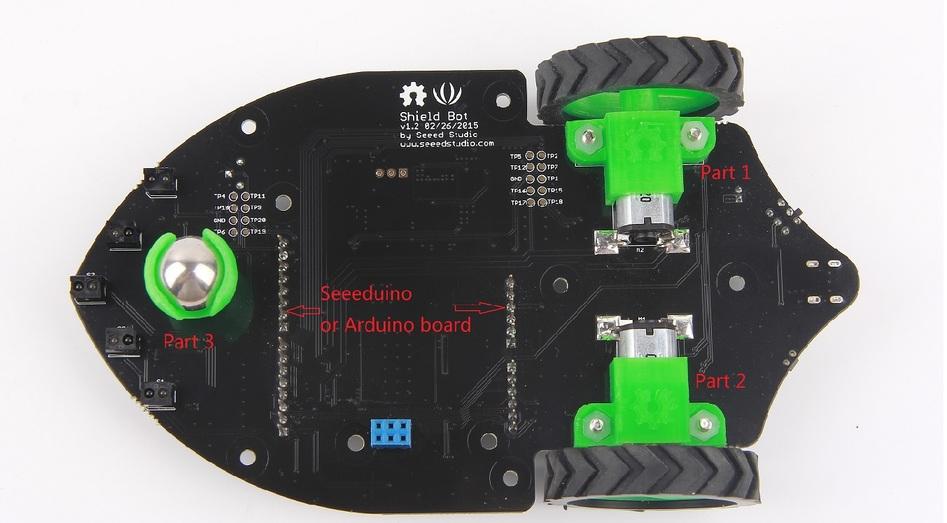 The Part 1,Part 2 and Part 3 are made by our 3D printer. The two hubs are the same. Print Diagram as show below. Very magical! 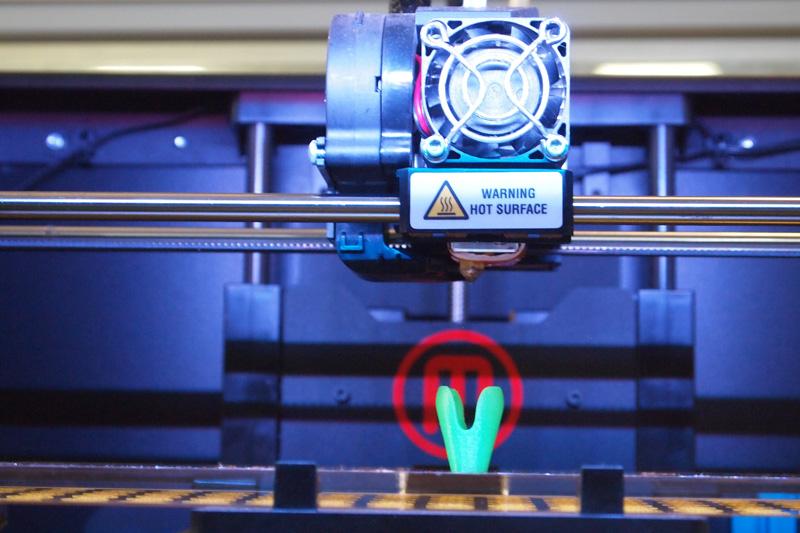 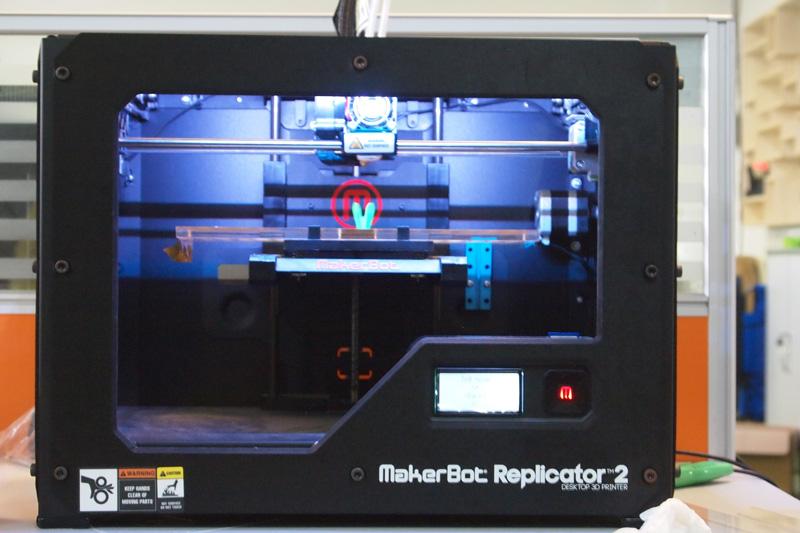 Getting the Shieldbot setup is quick and easy! Follow these steps to get your robotic companion up and running. 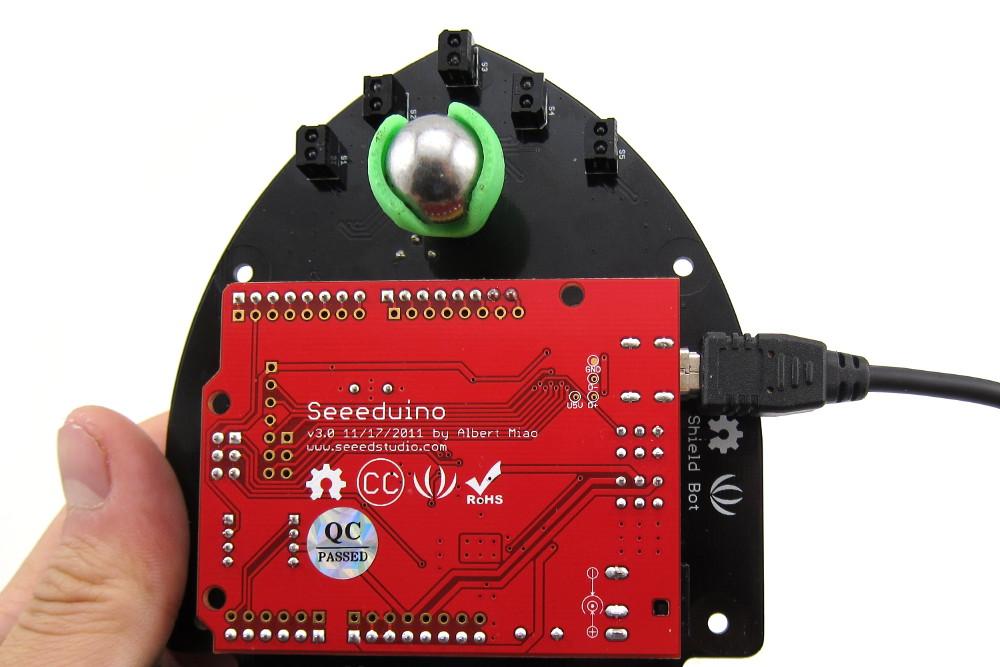 We've built a nice library for the Shield Bot with useful functions to control your Shield Bot and a number of examples so you can get it up and running in no time!

Because we change the driver pins for shield bot v1.1. So make sure you have modified the .cpp file to match your Shield Bot version before use the Shieldbot Library file. The modify step is described in Note.txt.

The Shield Bot can detect reflective surface based on the Line finder sensors (s1,s2,s3,s4,s5). The blue indictors will lit if non reflective surface is detected (ex Black tape line). Now let us use it to make the run following the black line. Note: Make sure the dip switches are turned ON, and none of your shields are using pins A0,A1,A2,A3 or D4. 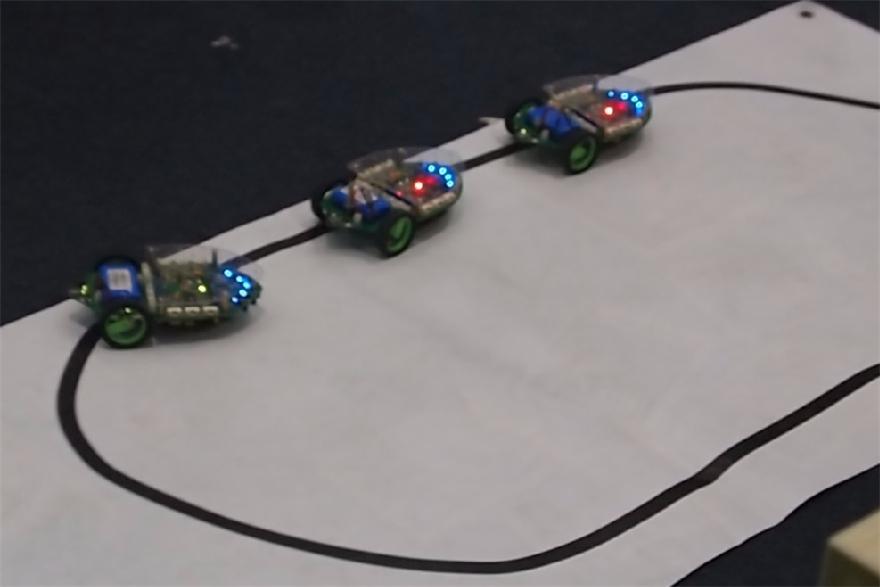 This is a incredibly simple, working clock. The wheels turn one forward and one reverse, spinning the reflectance sensors around the wheel indicating the minutes. Upon the hour mark the bot drives forward and advances the linear slide to indicate hours. Extra credit for the free linear rails made out of laser cut scrap and cellophane tape! 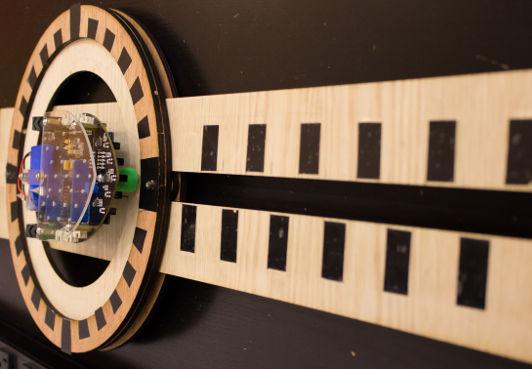 It was a really gorgeous device that many people in the event remarked they'd like to buy. The line following robot would take orders then drive the track to the dispenser where it would use a servo to actuate an amount of either of 3 beverages, before driving back to the patron 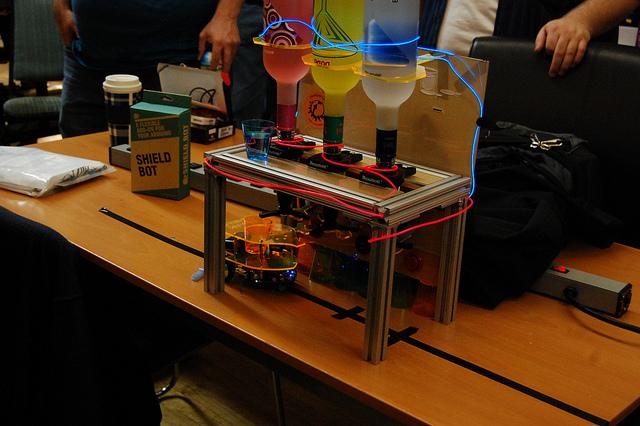 There has a a beautifully designed, though not quite finished, 2 player heads up simon clone. The bot plays out a tune with lights and you use the laser cut puck, complete with braille so even the sight impaired could play, to mark the tones on the whiteboard. The Shieldbot then drives forward and uses the sensors to see if you've marked correctly. You want to get more right answers than your opponent so the bot drives towards their goal! 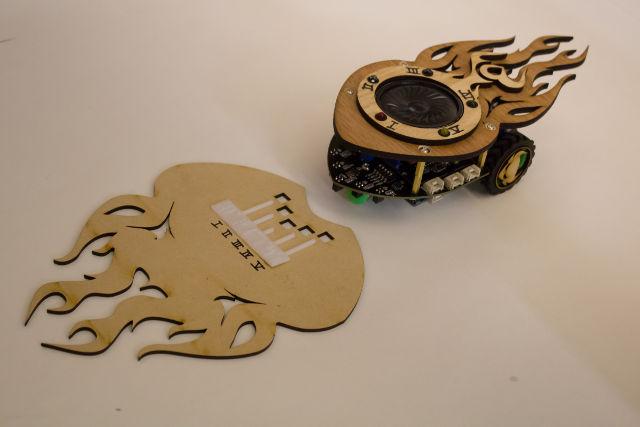 The device is very close to knocking off the Der Kritzler 2d drawing machine which is a vertical x,y table with makerslide and had the ingenious idea of bolting the tires of the Shield bot down such that when it was put in reverse, it lifted the pen off the drawing surface :) They even worked with the designer to come up with a PC side user interface! 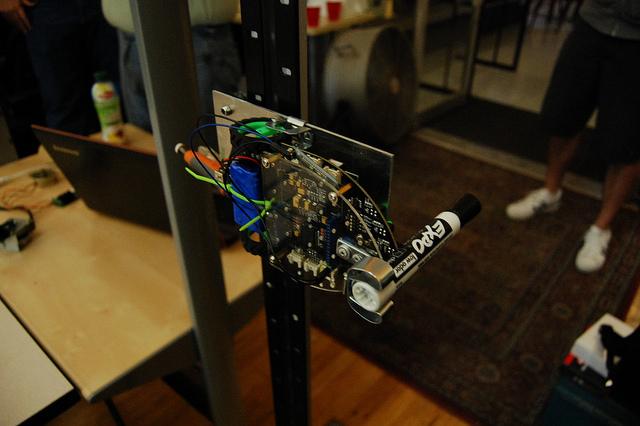 _Description_: set max speed of two motors.
_both_: between 0(basically off) and 255(full speed)

_Description_: Enables the motors to send the bot straight forward at the setSpeed().

_Description_: Enables the motors to send the bot straight backward at the setSpeed().

_Description_: Disables the motors. You may also use drive(0,0).

_Description_: Disables the left motor. You may also use drive(0,X).

_Description_: Disables the right motor. You may also use drive(X,0).

_Description_: Disables the right motor. You may also use drive(X,0).

_Description_: Disables the left motor quicker. This is considered possibly bad for the motor chip so use at your discretion

_Description_: Disables the right motor quicker. This is considered possibly bad for the motor chip so use at your discretion

_Description_: Reads any of the 5 light sensors on board. NOTE you NEED to connect the sensors to the arduino ports using the dip switch block (switches TOWARDS the numbers and ON text) These switches would otherwise allow you to use those pins for other things if you didn't want to use your light sensors
_Returns_: LOW if the surface reflects (ex. white) and HIGH if the surface doesn't reflect anything (ex BLACK) 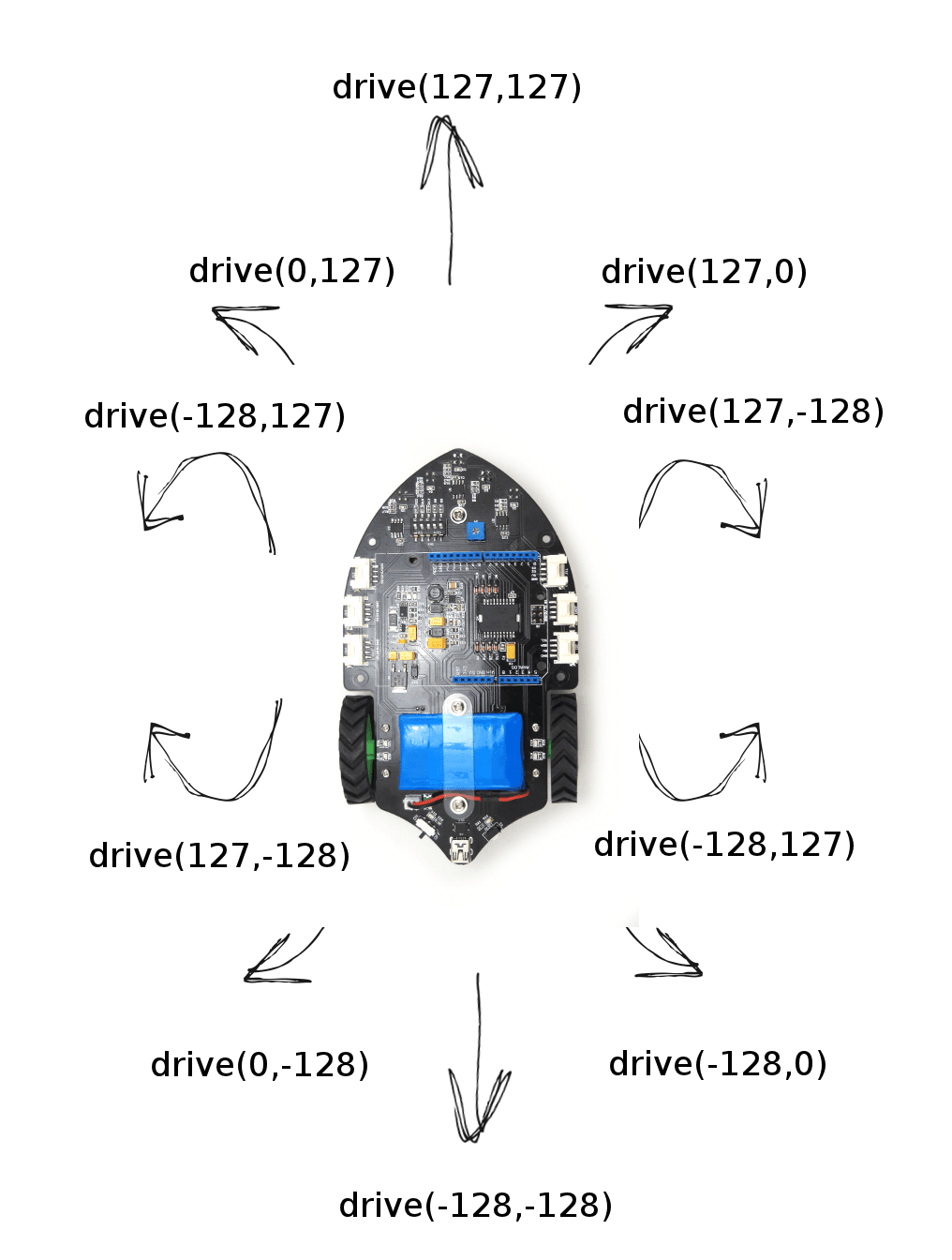